One in eight of all Earth’s plants, insects and animals are at risk of extinction, many within decades, because of human activity, a huge coalition of the world’s leading scientists announced.

An “unprecedented” one million species will die out because of the relentless pursuit of economic growth, coupled with climate change, said a report published on Monday by the UN’s Intergovernmental Science-Policy Platform on Biodiversity and Ecosystem Services (IPBES).

“This loss is a direct result of human activity and constitutes a direct threat to human well-being in all regions of the world,” said Professor Josef Settele, who co-chaired the study put together by 145 scientists from 50 countries examining about 15,000 scientific and government sources.

The IPBES Global Assessment report is a landmark study that adds to a growing scientific consensus on the need for fundamental, radical societal action to save the planet and all life upon it.

Only a complete overhaul of global economic and financial systems could pull ecosystems vital to the future of human communities back from the brink of collapse, concluded the report, which was endorsed by 130 countries, including the United States, Russia and China.

Industrial scale farming and fishing were key drivers of a sudden acceleration in extinction risk, the authors said.

“By transformative change, we mean a fundamental, system-wide reorganisation across technological, economic and social factors, including paradigms, goals and values,” said Sir Robert Watson, chair of the IBPES.

“The member states of IPBES Plenary have now acknowledged that, by its very nature, transformative change can expect opposition from those with interests vested in the status quo, but also that such opposition can be overcome for the broader public good,” said Watson.

It’s not just future generations who are vulnerable; people living today are at risk unless the loss of ecosystems and creatures upon which the human race depends for food, clean water and a stable climate is reversed. The rate of species annihilation is currently tens to hundreds of times higher than the average over the past 10 million years.

The 1,800-page report digs into the causes of Earth’s ecological collapse and lays much of the blame on the conversion of wild forests and wetlands into farmland needed to feed a rapidly urbanising, concrete-dependent global society.

Urban areas have more than doubled since 1992, point out the study’s authors, with more than one-third of the world’s land surface and nearly 75 percent of freshwater resources now devoted to crop or livestock production.

Meanwhile, up to $577bn in annual global crop yields are now at risk from pollinator loss and as many as 300 million people are at increased risk of floods and hurricanes because of loss of coastal habitats and protection.

“We are today pursuing policies that are trashing the planet,” said Amelia Womack, deputy leader of the Green Party of England and Wales.

“We are doing that while creating unequal, economically unsustainable societies where far too many people are struggling to put food on the table and keep a roof over their heads. We cannot continue to treat the planet this way, and that’s an opportunity because in making the changes we need environmentally, we can also build far healthier, happier, more stable societies than we have today,” Womack told Al Jazeera.

“More than 70 percent of carbon emissions come from cities. And it is there that we can most easily slash emissions and use resources efficiently – with great provision for active transport, walking and cycling, public transport, warm homes and great communities.”

The average abundance of native species in most major land-based habitats has fallen by at least 20 percent, mostly since 1900. More than 40 percent of amphibian species, almost 33 percent of reef-forming corals and more than one-third of all marine mammals are threatened.

The picture is less clear for insect species, but available evidence supports a tentative estimate of 10 percent being threatened.

At least 680 vertebrate species have been driven to extinction since the 16th century and more than nine percent of all domesticated breeds of mammals used for food and agriculture became extinct by 2016, with at least 1,000 more breeds still threatened. 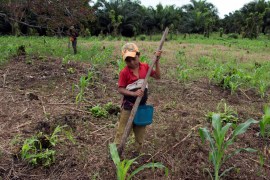 More than half of Earth’s land critically endangered: report

Only five percent of land has not been modified by humans, according to new report. 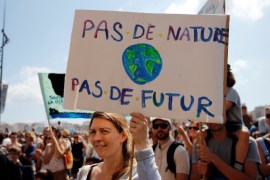 From 1970 to 2014, 60 percent of all animals with a backbone were wiped out by human activity, new report says. 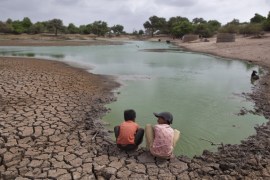 Tackling climate change: Where do we begin?

We debate the obstacles and solutions to climate change and speak with Bangladeshi photojournalist Shahidul Alam.