Venezuelan legislators have stripped Juan Guaido of immunity, paving way for the opposition leader’s prosecution and potential arrest for supposedly violating the constitution when he declared himself interim president.

But whether President Nicolas Maduro’s government will take action against the 35-year-old legislators remains unclear.

Guaido has embarked on an international campaign to topple Maduro’s administration amid deepening social unrest in the country plagued by nearly a month of power outages.

He declared himself Venezuela’s interim president in January, and vowed to overthrow Maduro. So far, however, Maduro has avoided jailing the man that the administration of US President Donald Trump and roughly 50 other nations recognise as Venezuela’s legitimate leader.

Cabello accused the opposition of naively inviting a foreign invasion and inciting a civil war.

“They don’t care about the deaths,” said Cabello. “They don’t have the slightest idea of what the consequences of war are for a country.”

The Constituent Assembly met a day after Maduro ally and Venezuela Supreme Court of Justice Maikel Moreno ordered the legislative body to strip Guaido’s immunity for violating an order banning him leaving the country while under investigation by the attorney general.

The opposition leader is also accused of inciting violence linked to street protests and receiving illicit funds from abroad.

The Constitution guarantees immunity for elected officials and says that in order to withdraw immunity the accused legislator must be given a preliminary hearing before the Supreme Court. The action must be approved by the National Assembly – steps that weren’t taken in Guaido’s case. 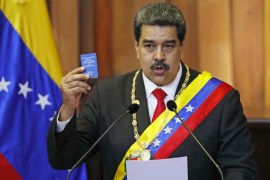 Venezuela is no Syria and Maduro is no Assad

Maduro’s government might be partly to blame for the current crisis, but it is still no dictatorship. 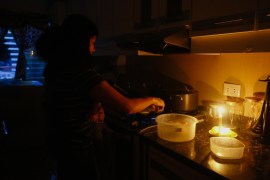 New round of power cuts hits major cities in Venezuela