Israeli aircraft targeted two Hamas positions in the Gaza Strip early on Sunday as the health ministry in Gaza announced the death of a Palestinian wounded previously in protests against Israeli forces.

Palestinian activists have been flying burning kites and balloons into Israel as part of ongoing protests along the Gaza-Israel buffer zone.

According to Israeli officials, the improvised aerial weapons have caused a number of fires inside Israeli settlements, causing significant material damage but not resulting in any deaths or injuries.

“In response to multiple explosive devices that were hurled and exploded during Gaza riots near Israel’s border fence this evening, an IDF [Israeli army] aircraft targeted two Hamas observation posts in the southern Gaza Strip,” a statement from the military read.

There were no immediate reports of casualties in Gaza.

The Gaza health ministry announced the death of 24-year-old Habib al-Masri, who was shot and wounded during protests against the Israeli army on Saturday. It gave no details on when he was wounded.

On Friday, two Palestinians were killed by Israeli forces during the weekly Friday protests in the besieged Gaza Strip, according to officials.

Ashraf al-Qidra, a spokesman for the health ministry, said the two male demonstrators – aged 18 and 29 -were shot in separate incidents near the Israeli fence east of the Gaza Strip.

And on Saturday, the Israeli army launched two separate air raids against groups of Palestinians in Gaza who had allegedly flown balloons rigged with explosives into Israel.

The Gaza health ministry said two Palestinians had been wounded.

Hamas leader Ismail Haniya has called for a mass turnout for border protests on the first anniversary of the demonstrations on March 30.

Israel holds Hamas responsible for all attacks from Gaza, controlled by the group since 2007.

‘Use of excessive force’

On Friday, the United Nations Human Rights Council condemned Israel’s “apparent intentional use of unlawful lethal and other excessive force” against civilian protesters in Gaza, and called for perpetrators of violations in the enclave to face justice.

On the final day of a four-week session, the Geneva-based forum adopted a resolution on accountability, brought by Pakistan on behalf of the Organization for Islamic Cooperation. The measure was backed by 23 states, while eight voted against and 15 abstained. One delegation was absent.

The resolution called for cooperating with a preliminary examination opened by the International Criminal Court in 2015 into alleged Israeli human rights violations.

The measure was based on a report by a UN inquiry which said that Israeli security forces may have committed war crimes and crimes against humanity in killing 189 Palestinians and wounding more than 6,100 at weekly protests last year.

“The targeting of civilians is a serious matter that should not be condoned,” Ibrahim Khraisi, Palestine’s ambassador, said, citing the report. The toll included 35 Palestinian children, two journalists and medical workers, he added.

More than 250 protesters have been killed since Palestinians began holding regular demonstrations along the Gaza-Israel buffer zone in March of last year.

Demonstrators demand the right of Palestinian refugees to return to their homes in historical Palestine from which they were removed in 1948 to make way for the new state of Israel.

They also demand an end to Israel’s 12-year blockade of the Gaza Strip, which has gutted the coastal enclave’s economy and deprived its roughly two million inhabitants of many basic commodities. 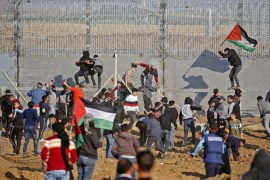 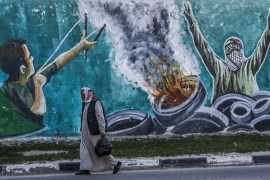 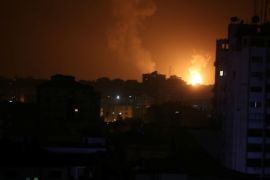 Israel’s military says attacks in response to rockets fired by Hamas at Israeli civilians – a claim the group denies.