New Zealand’s Prime Minister Jacinda Ardern said on Monday that her cabinet has made an in-principle decision to tighten gun ownership in the aftermath of the Christchurch mosques massacre.

“We have made a decision as a cabinet, we are unified,” said Ardern.

The New Zealand prime minister also announced an inquiry into the mass shootings at two mosques in Christchurch on Friday that left 50 people dead.

Ardern said the details are still to be worked out but the changes to the country’s firearms laws will be announced in full within 10 days.

She also said that while the man charged with carrying out the shootings was not a New Zealand citizen, it could not ignore the problem of white supremacy supporters within the country.

Ardern has said the attacker used five guns, two of them semi-automatic, which were purchased with an ordinary gun licence and modified.

It was not clear if any of the firearms Tarrant purchased from Gun City were used in Friday’s shootings.

“We detected nothing extraordinary about this licence holder,” Tipple said, referring to the shooter.

Gun City has been criticised for leaving out a roadside advertising billboard that shows a parent helping children with rifle target practice in the wake of the shootings.

On Monday, Tarrant’s lawyer said his client was not mentally unstable and planned to represent himself in the court.

At his first court appearance, Tarrant didn’t speak but appeared unrepentant, smirking at journalists and flashing an upside down “okay” sign – a symbol associated with white power groups around the world.

The suspect had posted a muddled, 74-page anti-immigrant manifesto online before the attacks and apparently used a helmet-mounted camera to broadcast live video of the slaughter.

Facebook said it removed 1.5 million videos of the shootings during the first 24 hours after the massacre.

The revelation in a tweet provided a chilling snapshot of how quickly provocative and often disturbing images circulate on the internet.

The New Zealand prime minister, who has earned praise for the handling of the mass shootings, said her view is that more can “and should” be done to prevent such content from being shared on social media.

Ardern was the first signatory of a national condolence book for the country’s worst mass killing that she opened in the capital Wellington on Monday.

“On behalf of all New Zealanders, we grieve together. We are one. They are us,” she wrote in the book.

Frustration was building among the families of victims as under Islam it is custom to conduct burials within 24 hours, but bodies will not be released until post-mortems are carried out.

Deputy Police Commissioner Wally Haumaha said the first body was approved for release on Sunday night, but the family was yet to take the body because another relative was also killed and they wanted to collect them together. He said there would be no burials on Monday.

“We’ve been working fairly hard through the night to ensure the process of returning the deceased to their loved ones is taking place expediently,” he said.

The burial process, which usually involves washing with three kinds of water, salving wounds and scrubbing skin, would be complicated, volunteers in Christchurch said. 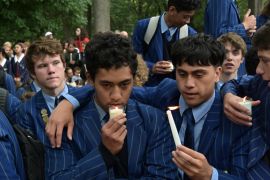 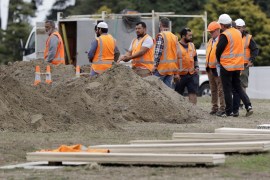 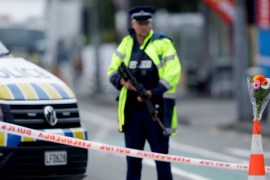 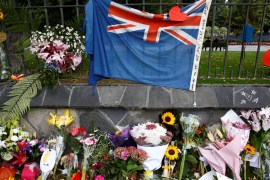