Senegalese President Macky Sall has won re-election without the need for a second round of voting, giving him five more years in office.

Following the announcement, Idrissa Seck, the opposition candidate and runner-up in the race, said he will not appeal the election results.

Seck had previously said that his camp’s results showed Sall not winning enough votes for re-election in the first round.

Sall, the incumbent president ultimately received 58.27 percent of the vote, according to Demba Kandji, chairman of the electoral body.

According to the provisional results, opposition candidate Seck took 20.50 percent of the vote while Ousmane Sonko had 15.67 percent.

The 57-year-old Sall sought re-election on his record of building roads and creating jobs, while opposition supporters maintained those efforts had not reached many in this West African country where young men often risk their lives to migrate to Europe.

Senegal has long been a democratic example in West Africa where coups and clinging to power used to be all too common.

Election observers reported no major irregularities during the voting on Sunday.

Senegal has long been a democratic example in West Africa where coups and clinging to power used to be all too common.

However, this year’s vote was marked by allegations that the presidency had effectively blocked two prominent opposition politicians from taking part: Dakar’s former mayor and the son of the president Sall defeated in 2012.

That year he had campaigned on a message of change to beat longtime President Abdoulaye Wade.

A constitutional referendum since then has shortened the presidential term from seven years to five.

Sall weathered some criticism after he finished out his seven-year mandate following that law change. 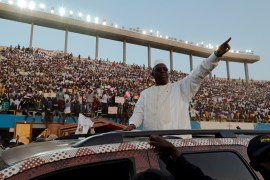 President Macky Sall expected to win second term after two opposition leaders are barred from running in the election. 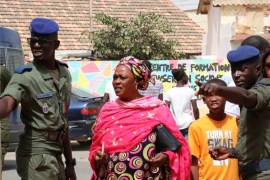 Preliminary results due on Tuesday and the final tally on Friday, with incumbent Macky Sall expected to win. 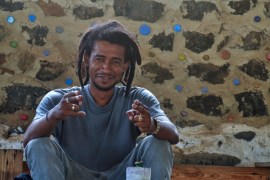 A new generation of African artists making music in Senegal

As some look West, others choose to remain on the continent despite financial uncertainty to create music with meaning.