Police have fired tear gas at protesters in the Sudanese capital, Khartoum, and the western war-torn region of Darfur after organisers called for nationwide rallies against President Omar al-Bashir.

Protesters chanting “peace, peace” and “revolution is the people’s choice” took to the streets on Sunday in the capital’s district of Bahari, but were quickly confronted by riot police, witnesses told the AFP news agency.

Protests that first erupted across Sudan on December 19 over a government decision to triple the price of bread have swiftly escalated into broader demonstrations against al-Bashir’s three-decade rule.

Authorities say at least 24 people have died in the protests, while rights group Human Rights Watch has put the death toll at 40, including children and medical staff.

Calls for protests in Darfur

On Sunday, protest organisers called for demonstrations in Khartoum and other towns, including Madani, Kosti and Dongola, as part of what they have called a “Week of Uprising”.

They also urged protests in Niyala and el-Fasher in Darfur, the first such rallies to be called in the region.

“The people of Niyala and el-Fasher, we call on you to gather in downtown like other towns and villages who are calling on President Bashir to step down,” the Sudanese Professionals’ Association said in a joint statement with an alliance of opposition groups.

Darfur, a region the size of France, has been torn by violence since 2003 when ethnic minority rebels took up arms against Khartoum, accusing it of economic and political marginalisation.

Darfur has remained largely calm since last year, with no anti-government demonstration held so far even as protesters staged hundreds of rallies in other cities that have been swiftly broken up by riot police.

Although the trigger was the rise in the price of bread, Sudan has faced a mounting economic crisis over the past year, led by an acute shortage of foreign currency.

Repeated shortages of food and fuel have been reported in several cities, including Khartoum, while the costs of foods and medicines have more than doubled. 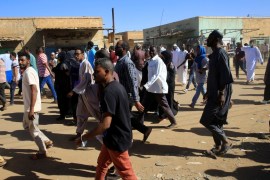 Number of protesters killed is 24 since start of unrest, official says, even as rights groups state much higher toll. 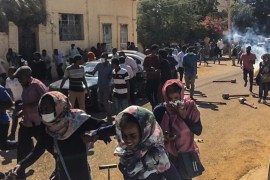 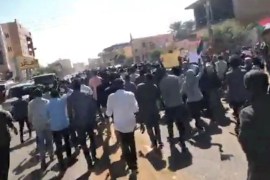