The US national security adviser met a senior Turkish official on Tuesday to hammer out plans on the withdrawal of American forces from war-torn Syria.

John Bolton is in Ankara along with senior US military staff to hold talks with Turkish Presidential Spokesman Ibrahim Kalin and other officials on the planned troop withdrawal. A scheduled joint press conference for later on Monday was abruptly cancelled.

Bolton and Kalin had a productive discussion regarding the United States’s decision to withdraw from Syria, a spokesman for the US National Security Council said.

Garrett Marquis said in a statement the two sides identified further issues for dialogue and the US looks forward to ongoing military-to-military consultations.

Turkey’s President Recep Tayyip Erdogan has praised US President Donald Trump‘s decision last month to pull about 2,000 US soldiers out of northern Syria, but said the withdrawal must be done with the “right partners”.

In an op-ed article for the New York Times on Monday, Erdogan expressed Turkey’s commitment to defeating Islamic State of Iraq and the Levant (ISIL, also known as ISIS) and “other terrorist groups” in Syria.

“President Trump made the right call to withdraw from Syria. The United States withdrawal, however, must be planned carefully and performed in cooperation with the right partners to protect the interests of the United States, the international community and the Syrian people,” Erdogan wrote.

“Turkey, which has NATO’s second largest standing army, is the only country with the power and commitment to perform that task.”

In a surprise declaration, Trump on December 19 said ISIL had been defeated in Syria and announced the withdrawal of US troops from the country.

The move left many unanswered questions and appeared to signal a rapid withdrawal from Syria, alarming some allies such as France and Britain who warned ISIL had not been eradicated.

Nicholas Heras, an analyst at the Center for a New American Security, said Ankara would need support from Washington to completely eradicate ISIL, “to the point where the US military would essentially still be inside Syria”.

The pullout move also heightened expectations that Turkey could launch a military operation targeting the People’s Protection Units (YPG), which has spearheaded the US-allied Syrian Democratic Forces (SDF) in the fight against ISIL.

The YPG has been the US military’s main allied militia in the fight against ISIL.

In recent days, Trump administration officials have made it clear the troop withdrawal from northeastern Syria will not happen quickly.

On Monday, Trump in an apparent reversal said the fight against ISIL was not over and the withdrawal would be done in a “prudent” manner.

“We will be leaving at a proper pace while at the same time continuing to fight ISIS and doing all else that is prudent and necessary!” Trump wrote on Twitter.

His statement followed a trip by Bolton to Israel in which he told Prime Minister Benjamin Netanyahu the withdrawal would not happen before “ISIS is defeated and not able to revive itself”.

Bolton also said the pullout would take place in a manner that “absolutely assured” the security of Israel and other regional allies.

On Monday, he arrived in Turkey from Israel in a bid to hammer out a deal for Washington’s Kurdish allies.

“We don’t think the Turks ought to undertake military action that’s not fully coordinated with and agreed to by the United States,” Bolton told reporters in Jerusalem on Sunday.

The US alliance with the YPG, which it has helped arm and train, has been one of the main stumbling blocks in relations with Ankara because of the group’s ties to the Kurdistan Workers’ Party (PKK). Since 1984, the PKK has waged a war against Turkey that has led to more than 40,000 deaths.

Hillary Mann Leverett, a former US diplomat, said Erdogan in his op-ed is “speaking directly” to his US counterpart.

“He needs to do so because Bolton, who has been in Israel, is now going to Turkey and we know that Bolton has a very different view of Turkey, of Syria, of Israel than President Erdogan – and even President Trump,” she told Al Jazeera.

“So Erdogan is trying to continue building on his direct channel to President Trump through his phone calls, through an op-ed on the New York Times, a newspaper that Donald Trump reads. His audience is the one and only, President Trump.”

In his op-ed, Erdogan also warned the international community should avoid making the same mistakes in Syria as in Iraq.

“The lesson of Iraq, where this terrorist group (ISIL) was born, is that premature declarations of victory and the reckless actions they tend to spur create more problems than they solve,” he wrote.

“The first step is to create a stabilisation force featuring fighters from all parts of Syrian society. Only a diverse body can serve all Syrian citizens and bring law and order to various parts of the country.”

Mann Leverett said Erdogan is trying to present Turkey “as the credible partner for the US in Syria” and the wider region.

“The US may have wanted to work more closely with Russia when Trump was first elected but the US policy towards Russia has all but collapsed under the weight of the domestic investigation [into alleged election meddling] here, and Trump cannot work with Iran because he’s boxed himself in so much with Iran, the other key player in Syria,” she said, referring to the two major backers of Syrian President Bashar al-Assad.

“So really Turkey is the only player and Turkey under Erdogan is trying to present itself as a player that the US can work with, as a major NATO ally and an important country.” 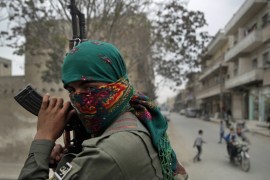 US national security adviser to seek assurances for Kurdish forces in Syria as part of US troop withdrawal plan. 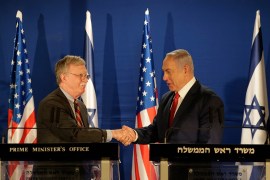 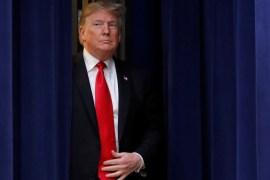 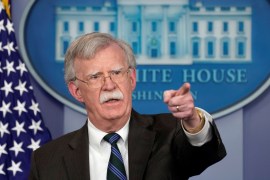