Homes and businesses were submerged in water and videos uploaded to social media showed cars floating down the street.

The governor of Sinaloa has asked for a state of emergency to be declared in the municipalities of El Fuerte and Ahome, according to the Mexico News Daily.

The severe weather developed from a cluster of thunderstorms off the western coast of Baja California.

The storms weakened when they reached land but still produced vast amounts of rain.

As much as 90 millimetres of rain fell in Los Mochis in four hours, forcing 2,500 families to evacuate their homes.

The tropical depression has also intensified rains across northern Mexico and the United States.

Parts of Arizona and New Mexico are currently in the grip of an exceptional drought and while the system may cause flooding there in the short term, the rain is desperately needed. 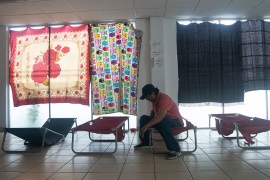 Mexico quake one year on: Families still wait for help to rebuild 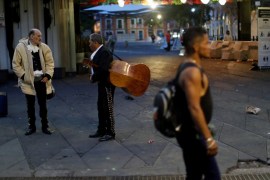 Reports suggest rival cartels may be fighting over turf in capital after clashes involving gunmen dressed as mariachis. 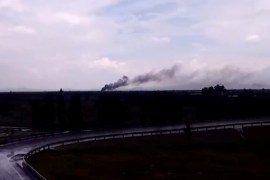 Mexico passenger jet crashes after takeoff, all on board survive

Officials say 103 people on board survive with at least 85 people injured in the accident in northern Durango state.