So what will it take for North Korea to finally give up its nuclear weapons, and what concessions are the United States willing to make to achieve that goal?

On Thursday, Moon hinted he is aware of Kim’s demands of Trump, but he refused to give details saying the matter should be discussed between the US and North Korean leaders.

Complete relief from punishing international economic sanctions are without a doubt at the top of the communist state’s list.

Among possible Pyongyang demands are the permanent end to “provocative” military exercises between the US and South Korea, which North Korea says amount to invasion practise.

Then there’s the full withdrawal of about 28,500 American forces from South Korea, along with its vast battery of advanced weaponry, possibly even its own nuclear weaponry.

Another demand could be the US officially ending the Korean War. On Thursday, Moon announced the two Koreas wish to make a declaration formally concluding the 1950-53 conflict by the end of 2018.

Other than that, however, there are scant details about what Pyongyang’s demands are, or what concrete steps it would take to fulfil Kim’s commitment to Trump in June.

As a concession to the US, Pyongyang refrained from displaying its most advanced ballistic missiles during a huge military parade marking its 70th anniversary as a nation earlier this month. North Korea also has returned what it says are remains of fallen American soldiers from the decades-old war.

But according to leaked US intelligence findings published in July, North Korea has so far shown it does not intend to completely give up its nuclear programme.

In a report published in late August, the UN nuclear watchdog also said it has not seen any indication North Korea’s nuclear activities have ceased despite its pledges.

In light of those reports, experts have warned the US not to grant North Korea premature concessions.

Nevertheless, Kim has already made the Trump administration back off from military exercises and from the “Libyan model” of rapid denuclearisation, observers say.

The Trump administration has also pulled back from criticising Kim’s human rights record, and looked “the other way” while China relaxes sanctions implementation against Kim’s regime.

“The North Koreans are in the game to get, not to give,” Daniel Russel, a former US senior diplomat for East Asia, told the Reuters news agency in July.

According to reports, the Trump administration has insisted that North Korea take a unilateral, complete, verifiable and irreversible denuclearisation, known as CVID.

So far, there are no indications that Pyongyang has agreed to such demand.

The North Koreans said they want both sides to take a series of simultaneous steps as a “shortcut” to a nuclear-free Korean Peninsula.

Korea analysts say Kim will hold on to his “last card” – the nuclear programme – until he gets concrete concessions from the United States.

“It’s going to be very difficult … because the details need to be worked out by the experts,” Robert Kelly from Busan University in Seoul told Al Jazeera.

In August, Trump said he believed North Korea had taken specific steps towards denuclearisation, indicating his willingness to hold another meeting with Kim.

The US president, however, did not give details about what specific steps North Korea had already taken to justify a second meeting.

On Wednesday, North Korea said it is “prepared” to “permanently” close down one of its main ballistic missile facilities in the presence of foreign experts.

But there are those who expressed scepticism over Kim’s latest promise, which analysts pointed out falls short of the US demand of complete abandonment of its nuclear and ballistic missile programme.

Republican Senator Lindsey Graham said he was concerned the latest summit between Kim and Moon would undermine US efforts to impose “maximum pressure” on North Korea.

“While North Korea has stopped testing missiles and nuclear devices, they have NOT moved toward denuclearisation,” Graham wrote on social media. 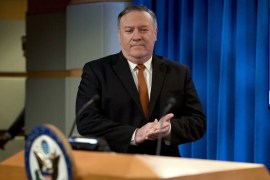 US ready to resume N Korea talks, seeks denuclearisation by 2021

US secretary of state says he has invited North Korean foreign minister for talks on sidelines of UN General Assembly. 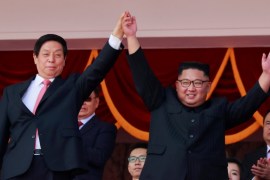 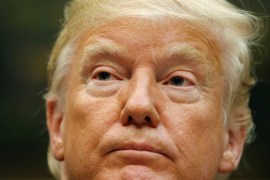 In a series of tweets sent out on Wednesday, the US president said that North Korea is under pressure from China.