More than 100 people, including 20 children, died in early September when their rubber boats were wrecked off the coast of Libya, according to the aid agency Doctors Without Borders (known by the French initials MSF).

A pair of twins about 17 months old, as well as their parents were among the fatalities, MSF said in a statement on Monday, quoting a survivor.

The two boats had set out from the Libyan coast early on September 1, each carrying scores of people, mostly from African countries such as Sudan, Mali, Nigeria, Cameroon, Ghana, Libya, Algeria and Egypt.

One boat’s engine failed and the other began to deflate, the aid agency quoted a survivor as saying.

Some survived by clinging to floating wreckage. Many people were brought to the Libyan port of Khoms on September 2 by the Libyan coastguard, MSF said.

“While the first boat had stopped due to an engine failure, our boat continued to navigate and began deflating around 1pm. There were 165 adults and 20 children on board,” a survivor told MSF.

The survivor said that at the time of the incident, mobile phone navigation showed the people were not far from the coast of Malta.

They reportedly sought help from the Italian coastguard, but the boat started sinking before assistance arrived.

“We couldn’t swim and only a few people had life jackets. Those among us who could hold on the boat’s floating hood stayed alive,” the survivor said.

As of July 1, at least 1,000 people drowned at sea while trying to cross to Europe since the beginning of the year, according to the United Nations.

In June, as the Italian government and the Libyan coastguard imposed more restrictions, more than 200 people drowned in the Mediterranean.

In February 2017, the previous Italian government signed a memorandum of understanding on migration with Libya’s UN-backed Government of National Accord. 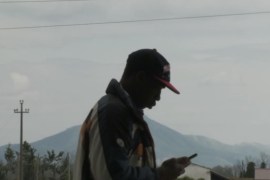 Italy: The Mafia and the Migrants

People & Power investigates the Italian mafia’s scams to profit from the plight of desperate migrants and refugees. 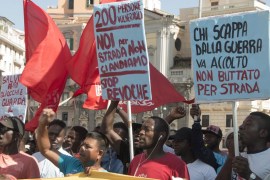 Authorities issue eviction notices for dozens of asylum seekers for being absent during police checks. 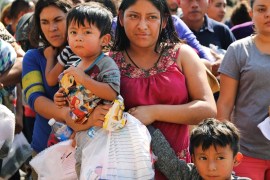 Trump slammed for calling to deport migrants without due process

US president says people entering country without proper documents should be sent back without court cases or judges.