Next week, NASA is hoping to launch a probe, which will fly closer to the sun than any other spacecraft has ever ventured to study the outermost part of its atmosphere.

The Parker Solar Probe is set to launch from Cape Canaveral in Florida on August 11 and embark on a daring seven-year mission.

During this time, the small robotic spacecraft, the size of a small car, will steadily reduce its orbit around the sun.

At its closest point, it is set to fly into the sun’s corona, 6.1 million kilometres from the solar surface.

The previous closest pass to the sun was by a probe called Helios 2, which came within 43 million km in 1976. By way of comparison, the average distance from the sun to the Earth is 150 million km.

The aim of the mission is to shed more light on solar wind – the charged particles that the sun hurtles into space. It takes these winds around 40 hours to reach Earth and it is these particles that give rise to the dramatic light displays known as the aurora borealis or the aurora australis.

Auroras may be pretty, but a strong blast of solar wind can have more destructive consequences.

It can cause disturbances to our planet’s magnetic field and can play havoc with communications technology on Earth.

NASA Planetary Scientist Geronimo Villanueva told Reuters that “When we get a massive storm happening in the sun, they may kill, you know, a satellite or a power grid here our own planet. To understand how that process happens, how long it takes, when we have to be protected from that, this is the key thing we are answering with this mission.”

As the Parker Solar Probe gets closer to the sun, the ambient temperature will increase dramatically, reaching a staggering 1,370 degrees Celsius. A heat shield has been designed to keep its instruments at a tolerable 29C.

The project, with a $1.5bn price tag, is the first major mission under NASA’s Living With a Star programme. 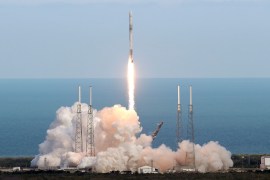 The RemoveDEBRIS spacecraft will do several tests in an attempt to find a solution to the growing problem of space junk. 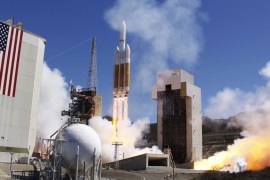 Plans to create a US ‘space force’ will take global militarisation to another level. 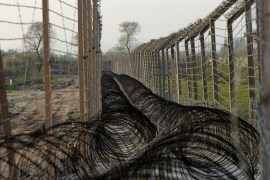 Pakistani military says ‘no space for war’ with India 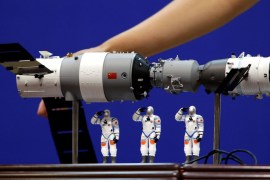 Shunned by the US’ space programme, China is investing heavily in its own technologies, revealing huge ambition.