Authorities in Vietnam are taking major steps to improve the air quality in one of the most polluted cities in Southeast Asia, including an ambitious plan to ban motorbikes by 2030.

In 2016, Hanoi had the second worst air pollution in the region, only beaten by Saraburi, in Thailand‘s industrial heartland. And in 2017, only 38 days had air quality that was considered good by the World Health Organization.

The city, home to 7.7 million people, is famous for the thousands of motorbikes that descend on its streets every day.

These bikes, together with coal-fired power plants, heavy industry, a surge in construction projects and the seasonal agricultural burning, are largely blamed for the pollution.

The pollution peaks from December to February, during the drier months of the year. This is also the time when winds draw dirty air from southern China across the region. Studies have shown that the pollution largely originates from the vast cities of Chengdu and Chongqing.

It has also planted more than 80 percent of a target of a million trees, is pushing people to switch to cleaner-burning heaters from the polluting honeycomb charcoal stoves and trying to encourage people to replace petrol with cleaner biofuel. 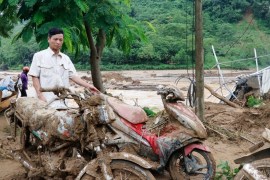 Three days of Son-Tinh overhead made things much worse in Vietnam and Laos. 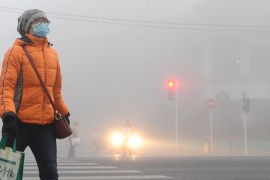 ‘We don’t have a historical example of a country achieving such rapid reductions.’ 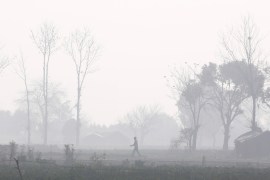