Mohammed al-Emadi is the director of a Gaza reconstruction committee set up by Qatar’s Ministry of Foreign Affairs to administer a $407m grant from Sheikh Hamad Bin Khalifa Al Thani to rebuild Gaza’s destroyed infrastructure in 2012.

Al-Emadi spoke to Al Jazeera about his work in Gaza and his efforts to ease the tension between Israel and Hamas.

He said Hamas and Israel were engaged in indirect talks over multiple issues concerning the conflict, and reached a tacit understating to keep their military confrontation at low intensity and avoid a full-scale war.

Al Jazeera: In light of the flare-up of Israeli bombings of Gaza and Hamas firing of rockets into Israel last week, how do you see the situation today? Is it heading towards a major confrontation?

Mohammed al-Emadi: This is a sensitive question, but what you have here is a controlled and carefully measured confrontation between both sides. There is an understanding between Hamas and Israel not to commit to killing from each side.

In recent years, Hamas has developed a new deterrent strategy which if Israel strikes or attacked Gaza, Hamas will have a counter-response against Israel with rockets. However, according to this tacit understanding, Israel strikes areas or locations that belonged to Hamas without a deliberate attempt to kill people or Hamas operatives. Hamas does the same against Israeli targets. 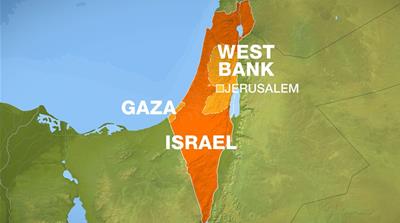 Al Jazeera: How did they come to this understanding? Were you involved in this arrangement?

Al-Emadi: No. This happened from before, but we wanted to stop the escalation from both sides because we have started our reconstruction projects in 2012.

Therefore, we really did not want another war because the costs will be heavy on both sides and it is very difficult to fund the reconstruction of Gaza in an event of yet another destructive war.

Al Jazeera: Why this sudden escalation between Hamas and Israel?

Al-Emadi: I think Israel wants to change the dynamics with Hamas, because they wanted to retaliate for the kites and balloons that were flown inside Israeli territories in protest of the Israeli blockade and caused many fires inside Israel. Israel wanted to end that kind of protest activity. Therefore, they bombed Hamas’ military sites.

It was very extensive bombing. However, I do not think they will go for full escalation, and now they are talking to the Egyptians and the UN envoy Nicolay Mladanov to stop the escalation.

Al Jazeera: Sources told Al Jazeera that Egyptians, Jordanians as well as you were passing messages to Hamas from the Americans and Israelis. The messages were along the lines that Hamas should commit itself to a 10-20 year ceasefire, which would result in improving the economic situation in Gaza.

Therefore, the trust between Hamas and Egypt is lost. On the other hand, the messages we were delivering between Hamas and Israelis are the right messages. Qatar is credible with both sides and is respected because of that.

The Egyptians, however, have a strong position because they control the border with Gaza and without them, you cannot achieve anything.

Al Jazeera: What kind of messages did you deliver between Hamas and Israel?

Al-Emadi: I always passed messages between them about the need to lift the blockade on Gaza and to coordinate for our work in Gaza easing the tension between both sides.

Al Jazeera: Jared Kushner, the White House senior adviser, and Jason Greenblatt the senior White House official for negotiations, were in Qatar last month and you met with them then. What did you discuss and what is the American administration’s plans for Gaza?

However, for these projects to work, you need the Israelis to agree on them. The problem here is that the Israelis are saying they will only deal with the PA (Palestinian Authority), not any other third party.

We told the Americans the PA must be included because the Israelis will not approve any third party efforts unless the PA is involved.

Al Jazeera: Why is the American government trying to provide jobs and help the people of Gaza? Is there something going on that may have to do with the so-called “deal of the century“?

Al-Emadi: As a personal opinion, I think Gaza has the power now. The Americans are thinking that they must solve the problems in Gaza first then go to the West Bank.

As far as the West Bank, they have nothing to offer. They do not have anything to offer there in terms of development. Therefore, Gaza is very important. In addition, Gaza has military power and a deterrent doctrine. The number of rockets that Hamas has now is probably 50 times more than what they had in 2014.

Al Jazeera: What is the situation in Gaza today after more than 10 years of the Israeli blockade that prevents the free flow of people and goods in or out of the enclave?

Al-Emadi: The situation is very bad; the economy is going down because of the lack of cash and investments. Previously, things were a little better because the Palestinian Authority paid the salaries of its Gaza government employees and social services to the tune of over $100m – in addition to UNRWA that brought around $20m. The PA has cut its payout to Gaza employees and UNRWA has scaled back its funding and spending, which made the economic situation worse.

Al Jazeera: What is the status of Qatari projects and reconstruction of Gaza infrastructure today?

Al-Emadi: As I mentioned, we started our reconstruction projects in 2012 with a grant of $407m from HH Sheikh Hamad Bin Khalifa Al Thani. With these funds, we built and repaired major roads; we built a brand new hospital for rehabilitation and artificial limbs, and built around 8,000 housing units with some help from Kuwait. Our projects created thousands of jobs in Gaza and helped reinvigorate the local economy for a while.

Al-Emadi: We are trying our best. The thing is that Israel would rather have Egypt handle the Gaza situation. However, what is conspicuous is the presence of land grading and levelling, earth movement and construction along the Egyptian-Gaza borders in Sinai. I heard this might be used to build electricity or water projects, and an airport and seaport for Gaza in Egyptian territory.

I also heard the funding would come from the UAE, which would be willing to fund projects in the Egypt side of the border, not in Gaza.