One year has passed since Saudi Arabia, the United Arab Emirates (UAE), Bahrain and Egypt severed diplomatic and trade ties with Qatar, sparking the biggest diplomatic crisis in the Gulf in years.

The blockade, which began on June 5, 2017, followed US President Donald Trump’s visit to Saudi Arabia in May, during which he met several Arab and Muslim leaders.

Accusing Doha of supporting “terrorists” and being too close to Saudi Arabia’s region rival Iran, Riyadh said it acted to “protect its national security from the dangers of terrorism and extremism”.

Qatar has repeatedly rejected the accusations levelled against it, viewing the campaign as an attempt to impose custodianship over the nation. It has called the allegations “baseless”.

Bahrain and Egypt both gave Qatari embassies 48 hours to leave their countries and recalled their own diplomats and charge d’affaires from Doha.

The UAE and Saudi Arabia gave Qatari citizens in their countries two weeks to leave and ordered their own citizens in Qatar to return.

Saudi Arabia also closed the Riyadh bureau of the Al Jazeera Media Network. Jordan followed suit and announced it would scale back its diplomatic ties with Qatar.

With Qatar heavily dependent on food imports, there were concerns that the border closures could lead to food shortages. However, countries such as Iran and Turkey have increased their food exports to Doha, resulting in well-stocked supermarkets.

On June 22, the quartet gave Qatar 10 days to comply with a list of 13 demands, which included shutting down Al Jazeera and the Turkish military base in Doha, as well as curbing relations with Iran.

After a two-day extension, Qatar rejected the list as “unrealistic”, describing the demands as “not actionable”.

The quartet responded by threatening new sanctions and on July 25 unveiled a “terrorist” blacklist of 18 groups and individuals, which they claimed have links to Qatar.

The blockade has disrupted businesses, education and transport between Qatar and its neighbours, while also tearing apart inter-GCC marriages.

Qatar described the actions taken by the blockading countries as having “no legitimate justification”, saying the decisions infringe on its sovereignty.

Both the Emir of Qatar Sheikh Tamim bin Hamad Al Thani and the country’s foreign minister, Sheikh Mohammed bin Abdulrahman Al Thani, have reiterated the Gulf country is willing to negotiate with the blockading nations and have welcomed calls from international leaders to sit down for talks.

Despite serious high-level Kuwaiti, American, and European mediation efforts, the situation remains unresolved and at a standstill. 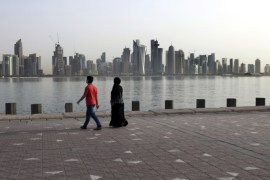 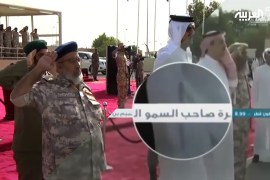 Twitter bots, fake news and propaganda in the Qatar crisis

Vulnerabilities in the social media platform allow it to be manipulated for state propaganda in the Gulf.