When contacted by AFP news agency, a spokesman for the Israeli army said: “We do not comment on foreign reports.”

Israel has warned of a growing Iranian military presence in neighbouring Syria, which it sees as a threat to its safety.

Its military has carried out attacks on Iranian and Iran-affiliated targets in Syria since April of this year.

In May, Israel hit dozens of military sites in Syria after accusing Iran of launching rocket and missile attacks towards its forces in occupied Golan Heights.

Iran has vowed retaliation for one alleged Israeli attack on April 30 that reportedly killed a number of Iranian personnel.

Iran and their Hezbollah-backed movement have been fighting alongside Syrian government forces since the conflict started in 2011.

Israeli seized a large swathe of the Golan Heights from Syria in the 1967 Six-Day War and later annexed it, in a move never recognised by the international community. 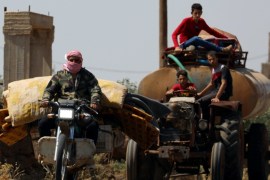 Is the battle for Deraa decisive for the war in Syria?

The cradle of the Syrian revolution is under bombardment. 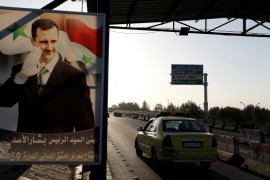 Syrian government is removing checkpoints and roadblocks from areas in and around Damascus, easing movement and traffic. 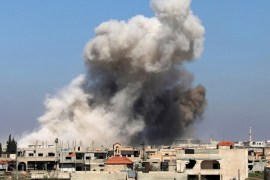 In southern Syria, the US faces a Russia-Israel challenge

The US is being pushed to take action on Syria’s southern front.