Officials from North and South Korea have agreed to arrange reunions for families separated by the Korean War from August 20 to August 26, South Korea’s Ministry of Unification has said.

The agreement was announced in a joint statement on Friday after delegations from the two Koreas held talks as part of the agreement reached at April’s Inter-Korean summit when North Korean leader Kim Jong-un and South Korean President Moon Jae-in agreed to resume family reunions.

South Korean news agency Yonhap reported the reunions would take place at Mount Kumgang in North Korea and that 100 families from both sides would be allowed to participate in the event.

The last reunions were held in October 2015.

The South Korean delegation on Friday was led by Park Kyung-seo, head of the Korean Red Cross, and North Korea was led by Pak Yong-il, vice chairman of the Committee for the Peaceful Reunification of the Fatherland.

Ahead of the talks, South Korea expressed hope the talks would make possible regular contact between families long divided by the border. Broadcaster KBS reported that Seoul’s delegation was planning to propose postal contact and hometown visits as potential measures.

Park, head of the South’s delegation, called for each side to work together to make the meeting a success by holding the talks “from a humanitarian perspective”.

According to Yonhap news agency, the number of South Koreans seeking to meet their loved ones in the North totaled 132,124 as of end-May, of which only about 57,000 remain alive. An estimated 86 percent of those individuals are in their 70s and older.

One of the challenges in the reunification process is the confirmation of the whereabouts of the lost families in North Korea, an issue which requires close cooperation with Pyongyang.

According to the Korean unification ministry, an overwhelming number of the separated families do not know if and where their loved ones are living in the North.

Since the reunification agreement in 2000, a total of 20 face-to-face family reunions have been held involving 19,800 people from both sides of the border, according to Yonhap.

North and South Korea remain in a technical state of war since 1953, when a ceasefire came into force.

Tensions over North Korea’s nuclear weapons programme have eased since the beginning of this year following Pyongyang’s surprising willingness to engage in diplomacy with South Korea and the United States.

The diplomatic thaw culminated in a landmark meeting between Kim and US President Donald Trump in Singapore on June 12. 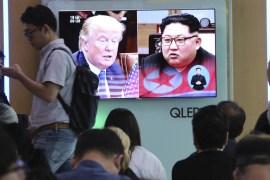 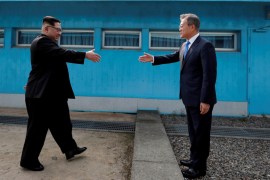 The future of the Korean Peninsula remains opaquer than the ebullience displayed at last month’s inter-Korea summit. 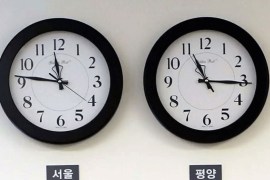 North Korea syncs clocks with South in show of reconciliation

Decision to adjust time zone described as ‘first practical step’ for unity on the Korean Peninsula.