A Japanese senior official told Reuters they would make an announcement on Friday concerning the drills.

Trump met Kim on June 12 in Singapore, where the North Korean leader committed to “work towards complete denuclearisation of the Korean Peninsula”, while Trump said he would end what he called “provocative” US-South Korean military exercises.

Japan welcomed the summit as a first step towards the denuclearisation of North Korea, but also said the US-South Korean exercises were a vital deterrent to North Korean threats.

In January, Japan’s capital of Tokyo held its first evacuation drill, and smaller Japanese towns and villages have conducted similar exercises as North Korea pushed ahead with its missile and nuclear weapons programmes.

Kyodo said there were plans for evacuation drills this year in nine prefectures.

An official in Yaita, in northern Japan, told Reuters that Tochigi Prefecture, where it is located, had notified the city that the central government had decided to halt the planned drill “taking into account the international situation”.

Kyodo said several other prefectures had also been notified of the imminent decision to halt the drills.

Prime Minister Shinzo Abe is eyeing his own summit with Kim to tackle the matter of Japanese citizens kidnapped by North Korean agents decades ago.

Japan says 17 of its citizens were abducted, five of whom were repatriated.

North Korea has said eight are dead, while another four never entered the country. Abe has made the issue a pillar of his political career and vowed not to rest until all the abductees come home. 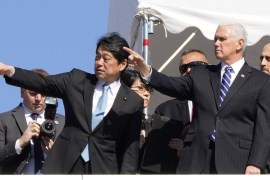 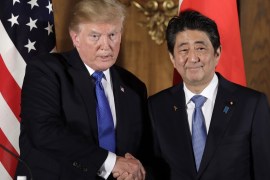 Japan eyes ‘maximum pressure’ on N Korea ahead of talks

Prime Minister Shinzo Abe to visit Trump in April to align strategy aimed at Pyongyang giving up its nuclear programme. 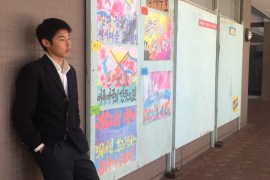 Zainichi: Being Korean in Japan

As North Korea agrees to denuclearisation, Koreans living in Japan hope for a more peaceful future.