Nearly 69 million people who have fled war, violence and persecution were forcibly displaced last year, according to the UN refugee agency (UNHCR).

In its annual report released on Tuesday, UNHCR said continued crises in places like South Sudan and the Democratic Republic of Congo, as well as the exodus of Rohingya from Myanmar that started last year, raised the overall figure of forced displacement in 2017 to 68.5 million.

At least 53 percent of the total displaced are children, including many who are unaccompanied, according to the Global Trends report.

“This is a global phenomenon that requires international solidarity and cooperation on a global scale,” Filippo Grandi, the UN High Commissioner for Refugees, told Al Jazeera from the Libyan capital, Tripoli.

“And this is what the rising figures tell the world.

“Refugees are fleeing violence, war and persecution. We have an obligation to help them,” Grandi said.

Earlier, Grandi called for a “new and far more comprehensive approach” to deal with the refugee situation.

UNHCR said the figures debunk a flawed perception that a refugee crisis has affected more developed countries in the “Global North”.

According to the UNHCR, four out of five refugees lived in countries bordering the homes they fled.

Grandi said that these neighbouring countries – such as Turkey, Pakistan and Uganda – which host the majority of refugees need to be helped.

“Let’s not forget that of the 68.5 million refugees and displaced, 85 percent of them are not in rich countries,” he said.

Some 25.4 million refugees fled their countries to escape conflict and persecution, according to the report.

The UNHCR chief expressed his concerns at the response of Western countries in dealing with the refugee situation.

“And they are not even effective, if you close avenues on one side they open on another,” he said.

“We need to look at root causes and we need to address the reasons why these people leave violence and war.” 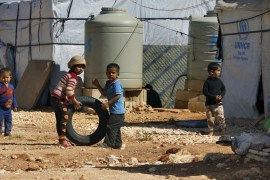 Lebanon and UN in spat over Syrian refugees’ return

UN is angered by Lebanon’s decision to freeze renewal of residency permits for staff. 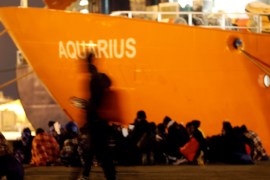