Almost 2,000 children have been separated from their parents or legal guardians at the US-Mexico border since a highly criticised “zero tolerance” immigration policy came into place, according to US officials.

A Department of Homeland Security spokesman told reporters on Friday that 1,995 minors were separated from 1,940 adults who crossed the US border without documents between April 19 and May 31.

The adults were held in preparation of prosecution for undocumented entry into the United States, immigration violations, or possible criminal conduct.

All cases of undocumented entry are being referred for criminal prosecution under the “zero tolerance” policy announced by Attorney General Jeff Sessions in May.

The separations are a consequence of this prosecution, as minors cannot be held with their parents or legal guardians.

The policy has come under fire from politicians, immigration advocates and human rights groups.

Earlier this month, thousands of people rallied in cities across the US calling on US President Donald Trump to reverse the policy.

The United Nations High Commissioner for Human Rights last week said the practice “amounts to arbitrary and unlawful interference in family life, and is a serious violation of the rights of the child”.

Reacting to the separations of nearly 2,000 children from their families, California Senator also urged the Trump administration to end “the immoral policy”.

BREAKING: The Associated Press is now reporting that almost 2,000 children have been separated from their families in just 6 weeks. The Trump Administration must end this immoral policy immediately.

On Thursday, Sessions cited Christian scripture to justify detaining children separately from their fathers and said that, “Consistent, fair application of law is in itself a good and moral thing, and it protects the weak”.

Shortly after taking office, Trump signed an executive order, expanding the powers of the Immigration Customs Enforcement (ICE) agency to focus on detaining most undocumented immigrants, including those with no criminal record.

The number of interior removals – or deportations of those already in the US – grew by 37 percent during Trump’s first year in office when compared with the same period in 2016, according to government data.

Sessions has also recently come under fire for issuing a ruling that may make it nearly impossible for domestic abuse and gang violence survivors to seek asylum in the US. 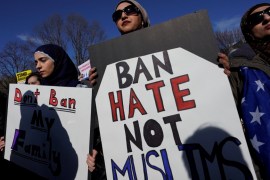 The new immigration regime likely to be brought into effect by Trump is anti-family, anti-Muslim but pro-genius. 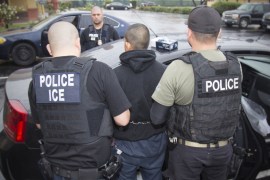 US immigration arrests up 30 percent in 2017

US immigration arrests hit a three-year high in 2017, with the largest surges recorded in Florida, Texas and Oklahoma. 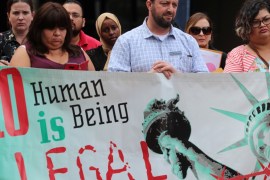 A US immigration history of white supremacy and ableism

Ableism and white supremacy form the foundational framework of US immigration policy.