Tehran, Iran – Internet freedom has become a new political battlefield in Iran as a judicial order to block Telegram, a widely used messaging application, has ignited anger among its tens of millions of users.

The move came despite members of President Hassan Rouhani‘s reformist government pushing against it for months, especially after efforts to ban the app gained traction among hardliners in the wake of mass demonstrations late last year.

But with the shutdown, some of the anger has now been directed to the pragmatist president, who had campaigned for more openness in the Iranian society.

Iran’s judiciary is controlled by hardliners and the chief of the judiciary is appointed by the supreme leader.

About half of Iran’s roughly 80 million population use Telegram to communicate with each other, as well as for business and entertainment purposes.

Other online platforms such as Twitter, Facebook and YouTube have been blocked for years by the government, although they can still be accessible using virtual private network or VPN.

Telegram is also a means for Iranians to circumvent media censorship. It is a phone-based platform for “channels” that let publishers, who might not necessarily be approved by the state, to broadcast news and multimedia messages to millions of followers.

“Compared to its population, Iran has been one of the biggest users of this app. This reflects the great flaws that exist in Iran’s communication system – and Telegram was actually making up for those flaws.”

In a statement, Human Rights Watch denounced the decision as an “unjustifiable restriction on freedom of expression and access to information”.

Rouhani had promised to keep Telegram free when he ran for re-election in May 2017.

As conservatives sustained their grip on the national television, the app became a medium for moderates and reformists to reach out to their supporters.

In the last two presidential elections, as well as the parliamentary and council votes, many of the reformist candidates dominated the polls.

The move by the judiciary to block Telegram was not the first such attempt by Iran’s hardliners to contain the influence of the application. In early 2017, a number of reformist channel administrators were arrested and later received prison sentences.

What helped hardliners, this time around, to make the case for entirely banning Telegram was the nationwide protests that erupted in late December 2017 and went on through January.

Back then, the government temporarily banned the app to curb access to channels they said were helping organise protests, while also promoting violence and vandalism.

Pro-ban figures in the parliament and the judiciary also cited security and economic concerns for pushing for the shutdown.

Mohammad Javad Azari Jahromi, Rouhani’s information minister, however, was quoted indicating he is against the latest ban, pitting him against the hardliners in government.

Last month, according to Tasnim news agency, Rouhani said that “the goal of creating and improving Iranian software and messaging applications should not be blocking access [to existing applications], but should be the end of monopolies”.

As an alternative to Telegram, the establishment has been trying to promote domestic apps, such as Soroush, whose security and privacy protection are questioned by many Iranians.

In a statement on Tuesday, the government said it plans to provide “easy, cheap and secure access to information and communication”.

“Identifying threats to national security; policymaking and taking proper measures [to address them]; is a task of Supreme National Security Council alone. And others are obliged to coordinate with this supreme body,” it added.

Reformist legislator Mohammadreza Badamchi called on the government to “explain” the reasons for the ban on Telegram, which he said will damage businesses run mostly by the youth.

Elmira Tehrani, 29, told Al Jazeera that the ban is hurting her business. She designs handmade accessories for the online brand JUTE, which she founded and runs.

“Most of the orders I take is on Telegram. It helps me reduce cost and save energy,” she said.

“I don’t know who exactly is accountable. The increasing pressure comes while I, as a woman, am already dealing with so many challenges here.” 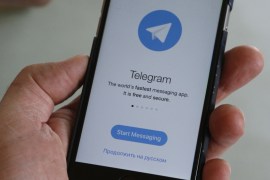 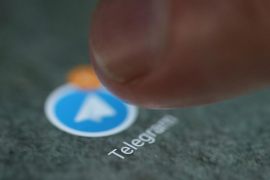 The app, used during last year’s protests, will be replaced by a similar app built by the government, officials say. 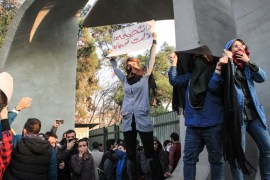