More than half of the world’s children are at risk from conflict, poverty or gender discrimination, according to an international charity.

In a report published on Wednesday, UK-based Save the Children said at least 1.2 billion minors face one of these threats, with 153 million facing all three.

The study, titled The Many Faces of Exclusion, comes ahead of International Children’s Day on June 1.

“Without urgent action, we’ll never meet the promises made three years ago by every country at the UN in 2015 to ensure that by 2030 every child survives, learns and is protected,” Save the Children CEO Helle Thorning-Schmidt said in a statement.

“Governments can and must do more to give every child the best possible start in life.”

About one billion children live in countries where poverty is widespread, 240 million in states experiencing ongoing conflict, and 575 million girls live in a country where gender discrimination is prevalent, according to the report. 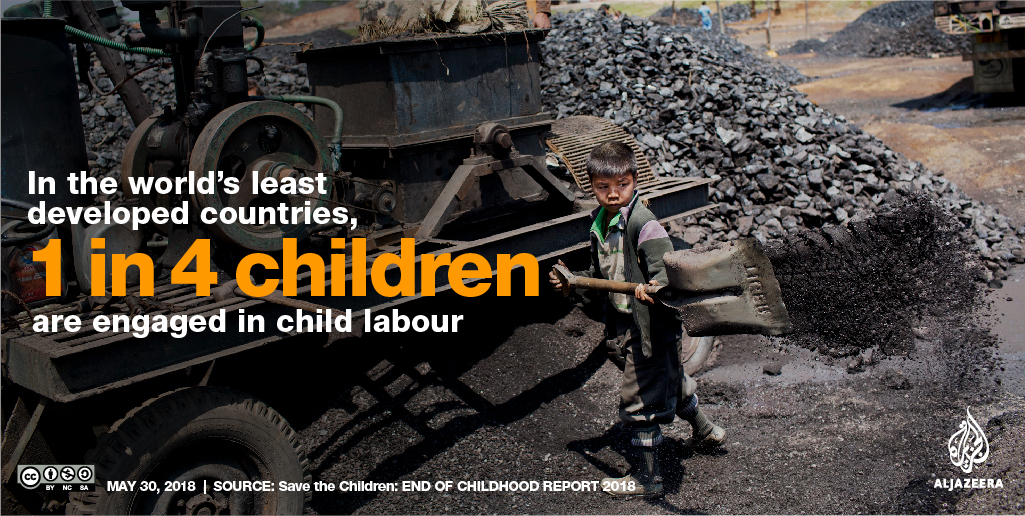 Conditions relating to children’s health, education, freedom and safety have worsened during the past twelve months in 58 of the 175 countries surveyed, compared with the results of a study published by Save the Children last year.

African states made up nearly one-third of those that regressed, with 27 of the 30 lowest ranked countries on the continent. Niger, in West Africa, ranked last for the second year in a row.

David Wright, Save the Children’s regional director for East & Southern Africa, said the figures were reflective of a “toxic mix of conflict, extreme poverty and gender discrimination” blighting some African countries.

“We do need most African governments to step up and invest more in their children,” Wright told Al Jazeera.

“In general, we are making progress [in Africa] on child survival rates and access to education, but of course there are some countries still lagging quite far behind.”

According to the report, 51 percent of sub-Saharan African countries registered signs of improved conditions for children. About 47 percent of countries in the Middle East and North Africa also improved. 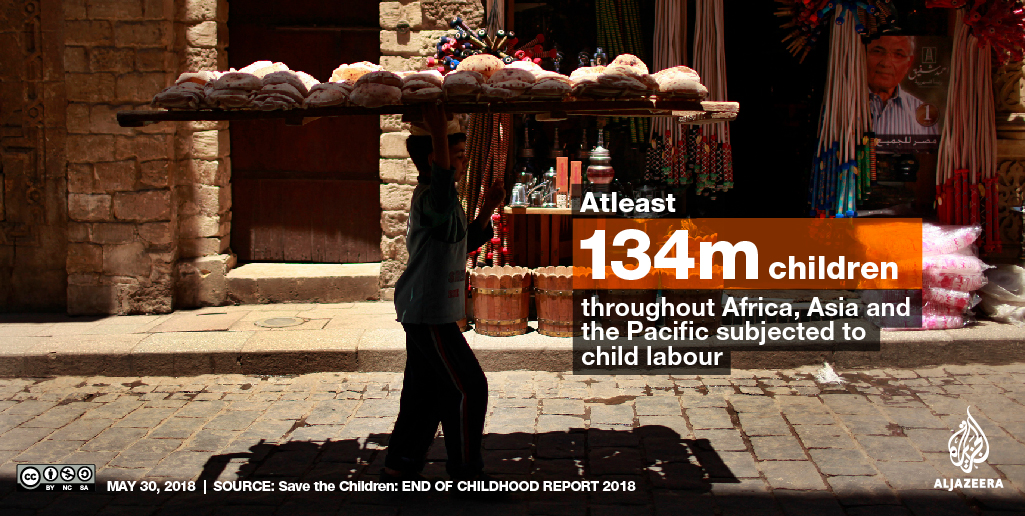 Referring to all countries surveyed, Save the Children’s Thorning-Schmidt welcomed signs of progress in some 95 states but said more must be done to achieve improvements for minors still at threat.

“The fact that countries with similar levels of income deliver such different outcomes for children shows that policy, funding and political commitment make a critical difference,” she said.

The report noted that despite their “economic, military, and technological might”, the United States, Russia and China placed 36th, 37th and 40th respectively and trailed all countries in Western Europe.

Save the Children ranked Slovenia joint first, alongside Singapore, while seven other Western European countries – including Norway, Ireland, the Netherlands and Italy – featured in the top 10.

The report called for all governments to take “urgent action” on 10 issues, including displacement, child marriage and forced labour.

According to the UN, some 168 million children were engaged in child labour last year.

UNICEF, the UN’s children’s charity, estimates that nearly 28 million minors are currently “forcibly displaced”, 10 million of whom are refugees. 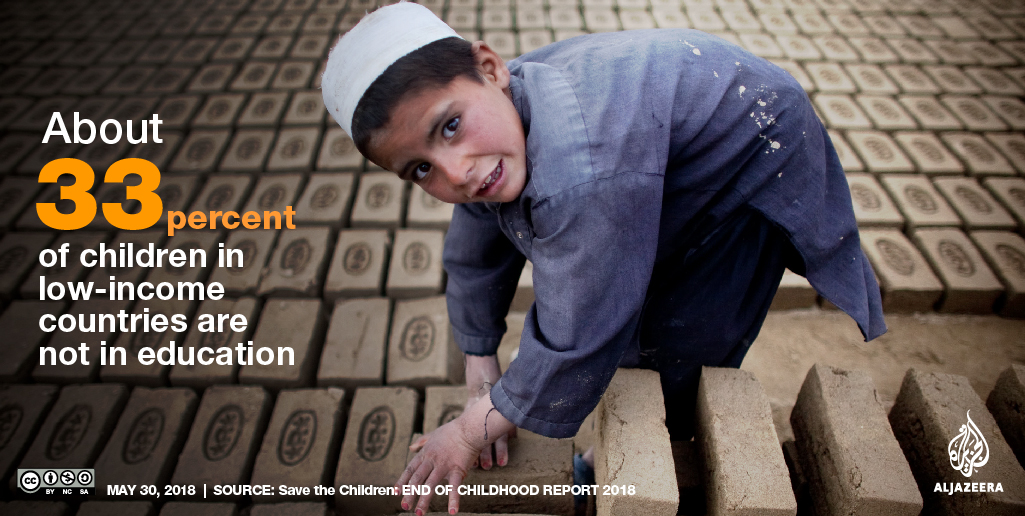 Meanwhile, 23 girls under the age of 18 are married every minute – 12 million each year – according to Girls Not Brides, a partnership of hundreds of civil society groups worldwide.

Save the Children noted that by 2030 more than 150 million more girls will marry before turning 18, with Latin America, the Caribbean and sub-Saharan Africa all making little progress on eradicating child marriage in recent years.