Giuseppe Conte has been designated as Italy’s next prime minister and is expected to be sworn in on Friday, after the populist Five Star Movement and anti-immigrant League party reached a deal to form a coalition government.

Earlier in the day, anti-establishment political leaders Matteo Salvini and Luigi Di Maio reached a deal to resurrect their proposed coalition, averting the prospect of a new snap election which had rattled global markets.

“All the conditions have been fulfilled for a political, Five Star and League government,” party chief Di Maio and far-right League leader Salvini said in a joint statement after several hours of talks in central Rome.

Conte, a 53-year-old law professor, was originally given his mandate by Mattarella last week, 80 days after Italy held inconclusive elections.

But his earlier attempt at forming a government broke down on Sunday after Mattarella refused to endorse Paolo Savona, a vocal critic of the European Union (EU), for the post of minister of economy.

With the new deal on Thursday, Giovanni Tria, a little-known economics professor, will get the key economy ministry job, replacing Savona.

Tria, a professor at Rome’s Tor Vergata University, has also been critical of the EU’, but unlike Savona, he has not advocated a “plan B” to prepare Italy‘s possible exit from the currency bloc.

Savona has been named as EU affairs minister.

Meanwhile, Salvini has been designated as the interior minister, and Di Maio will take a powerful, newly created joint ministry made up of the labour and industry portfolios, the populist parties said.

Enzo Moavero, a former EU affairs minister under the technocratic government of Mario Monti, will be foreign minister.

After the initial coalition attempt failed on Sunday, Mattarella named former International Monetary Fund official Carlo Cottarelli as interim prime minister. But Cottarelli received no support from any of the major parties.

On Thursday, Cottarelli stepped aside saying “it is no longer necessary to form a technical government”, paving the way for the Five Star Movement and League party to resurrect their coalition talks.

The Five Star Movement came out as the single largest party in Italy’s March elections, capturing nearly a third of the vote.

Far-right party, the League, was the biggest party in a right-wing coalition which as a bloc captured about 37 percent of seats in Italy’s two houses of parliament.

Populist parties have grown in recent years, in part because of austerity measures brought in to reduce public debt, much of it owed to creditors in fellow EU states, most notably Germany. 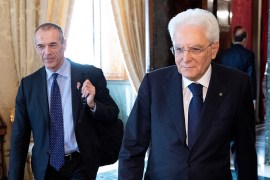 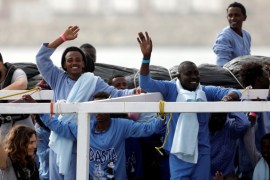 Vessel refused to hand refugees to Libyan coastguard and docked in Italy, where officials opened probe against crew. 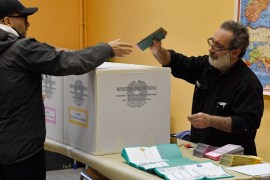