The attack on Wednesday in the capital, Tripoli, took place as officials were registering voters before elections expected later this year, news agencies reported.

Khaled Omar, the election commission spokesman, told reporters that three election officials and four members of the security forces were among the dead.

Libya’s health ministry official later said the death toll has gone up to 11 with two other people injured.

Witnesses claimed they saw armed men putting on their suicide vests and engaging security personnel in a firefight at the entrance of the election commission building.

The exchange of fire was followed by loud explosions inside the building, the witnesses told Abdelwahed.

A video emerged on social media shows an exchange of fire between the HNEC security guards and the attackers https://t.co/A9YblgjHqT

A video clip showed the election commission building on fire with the sound of gunfire audible in the background.

“So far it is still very tense in the area and they have set up checkpoints,” Abdelwahed said, adding that the attack is a “huge hit” to the registration process for the upcoming election.

“After this attack, I think it is a huge, huge hit to the work of the commission and the institutions that have been cooperating” for the election in Libya, he said.

The security director suggested to Abdelwahed that the Islamic State of Iraq and the Levant (ISIL) may be behind the attack.

Anas El Gomati, a Libyan political analyst, said the attack has all the hallmarks of ISIL.

“This is really designed to instill shock and fear, not only to Libyans but also to the international community,” he said.

While ISIL’s forces in Libya has been degraded in the last year, the attack was a reminded that it still has the capacity to spread violence, Gomati said.

Since the ouster and death of Muammar Gaddafi in 2011, Libya has descended into chaos and is now split between three governments: two in Tripoli and one in Tobruk. 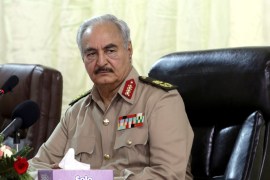 What happens to Libya without Khalifa Haftar? 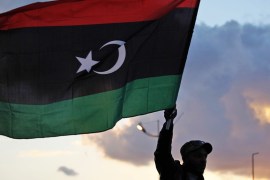 Through the eyes of a Libyan-born filmmaker, we explore the dark stories that emerged from Libya during the 2011 revolt.