Anabta, West Bank – A Palestinian Authority (PA) court in the West Bank city of Jericho has extended the detention of 25-year-old Ahmad al-Awartani, who was arrested over the weekend for a Facebook post criticising a government campaign.

During the court hearing on Tuesday, al-Awartani refused to answer the judge’s questions.

He declared that he had launched a hunger strike two days prior, and would continue protesting against his detention by refusing all food and drink.

Al-Awartani has been detained under the government’s controversial Cyber Crimes Law.

With his detention extended for 15 more days, and faced with the possibility of indefinite renewal, al-Awartani’s parents said they were worried that their son’s health would deteriorate in the Jericho prison, which rights groups say is notorious for torture and abuse.

‘I do not pledge allegiance’

In recent weeks, posters and banners “pledging trust and allegiance” to President Mahmoud Abbas have appeared across the occupied territory.

Upon seeing a banner in his hometown of Anabta, in the northern West Bank district of Tulkarem, al-Awartani, who is one of the youth council leaders in the town, took to Facebook to express his disapproval.

In the post, al-Awartani wrote, “I do not support or pledge allegiance”, and criticised the Anabta municipality for hanging a banner that read “the residents of Anabta renew their allegiance, the pledge and the loyalty to His Excellency the President of Palestine Mahmoud Abbas”.

“This work only represents the municipality council members of Anabta, no one else, not the public,” he wrote.

Two weeks after his post, a member of the PA’s preventive security forces arrived at the shop of al-Awartani’s father shop and summoned him for interrogation.

“I asked where they wanted to take him,” Ahmad’s father, Majed, told Al Jazeera. “And they said they were just going to ask him some questions about a Facebook post, and in a few hours, he would be home.”

But, upon hearing that Ahmad had been transferred to the prison in Jericho, Majed and his wife, Riman, immediately feared the worst.

“My older son Rami was wrongfully arrested once by the PA, and they beat him so hard he went into a coma,” Majed said.

Despite Ahmad’s reassurance that he had not been tortured, the family worries that as long as he is in Jericho, he is at risk of abuse and mistreatment.

“As Palestinians, we have been fighting for our freedom from the Israeli occupation for decades,” she said.

“But what is the point if our own government does not even give young people freedom of opinion?”

Mohammed Mansour, the PA’s deputy interior minister, told Al Jazeera he was “unaware” of al-Awartani’s case.  When asked about the 25-year-old being arrested over a Facebook post critical of the PA, he said he was “not authorised to speak on the subject”.

“There is reason to be concerned about Ahmad being held in the Jericho prison,” Dawoud Yusef, Addameer’s advocacy coordinator, said in a statement.

“For the most part, we see ‘political’ related arrests being held in this facility, meaning that it is frequently used for political related interrogations.

“There are frequent accounts of torture taking place under these types of interrogations, with beatings, stress positions, and being strung up having been reported. There is a fear associated with reporting on these interrogations and methods due to the fact that the PA is so ubiquitous.

“The [Israeli] occupation may be the ever present force, but the PA is the one that lives next door.” 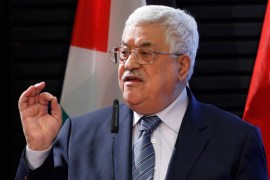 What is in store for the Palestinian Authority?

While the Palestinian self-governing body insists on resuming talks with Israel, experts say its days are numbered. 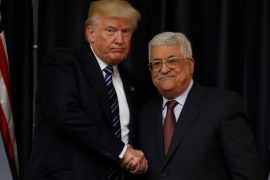 The Palestinian Authority and the manufacturing of rage

For many Jerusalemites, the PA’s latest “call for rage” is little more than a desperate attempt to stay relevant. 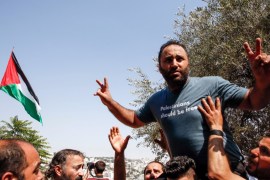