On Earth Day 2016, the landmark Paris Agreement was signed by the United States, China, and around 120 other countries.

The signing satisfied a key requirement for the entry into force of the historic climate protection treaty adopted by consensus of the 195 nations present at the 2015 United Nations Climate Change Conference in Paris.

That was, of course, before US President Donald Trump took office, and repeatedly stated his scepticism of human-driven climate change, regardless of the overwhelming evidence to supporting it.

In 1895, Svante Arrhenius first calculated the effect that increasing carbon dioxide could have on Earth’s temperature.

Since then, scientists have further refined their understanding of the greenhouse effect and the role our rising carbon emissions are having on it.

Since the first Earth Day in 1970, carbon dioxide in the atmosphere has risen 24 percent.

Carbon dioxide levels have crept to over 400 parts per million, and we are unlikely to see it dip below that symbolic figure within our lifetimes, according to scientists.

Carbon dioxide remains in the atmosphere for centuries, meaning that our emissions today will linger long into the future.

Chief among the effects of increasing carbon dioxide levels is the rise in the global temperature. That’s why countries around the world have agreed to limit that warming to well below 2C above pre-industrial temperatures.

Plastic waste is also becoming a major challenge for the environment.

About 32 percent of plastic waste ends up outside landfills, in the natural environment – often in the bellies of birds and whales.

In 2018, scientists discovered that swallowing 29kg of waste had killed a young sperm whale that washed up that on a beach in southern Spain. Most of the waste was plastic, but also included ropes and pieces of net. 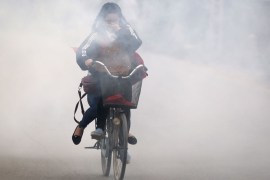 Humans have changed the Earth to such an extent that some scientists say we have entered a new geological epoch? 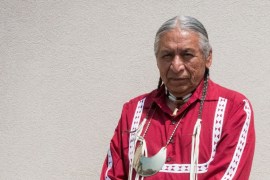