The ‘nor’easter’ storm that hit the United States and Canada last week may now have cleared North America, but its legacy is still being felt further south.

The deep area of low pressure, which brought flooding rain and damaging winds to the US, blew strong northerly winds over vast stretches of open water before reaching the coasts of the Bahamas, Dominican Republic, Puerto Rico and the Virgin Islands.

It was a ‘perfect storm’ for high seas; strong winds, a long fetch (the uninterrupted distance over which the waves travelled) and spring high tides.

The steady winds induced a swell of six metres, with waves – reportedly as high as 10 metres – on top of that.

In Puerto Rico, people had to be evacuated from their homes along the north coast as roads were inundated by seawater. Schools were closed, affecting 6,000 children. There were reports of docks being damaged, as well as a boatyard in Catano.

Much of Puerto Rico is still dealing with the aftermath of Hurricane Maria, which struck the island as a Category 4 hurricane in September last year. Sixty-four Puerto Ricans died, and the island suffered catastrophic damage estimated at $94bn.

The waves that have developed from this nor’easter are even larger than those from Maria, and the swell is the largest in over a decade.

Winds are now easing, and the coastal inundation is expected to be over by the end of Wednesday. 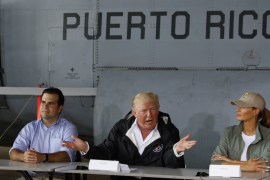 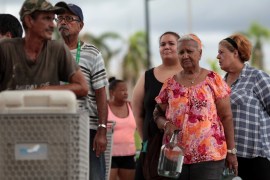 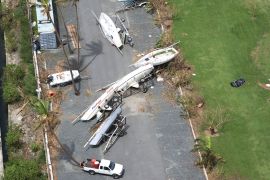