Mexico City – Yolanda Moran was supposed to meet her son, Dan Jeremeel Fernandez Moran, at the bus station in their hometown of Torreon, in the northern Mexican state of Coahuila, on December 19, 2008.

But when she arrived, only her daughter-in-law and younger son were waiting, with news that they had not heard from Dan Jeremeel for several hours.

“It was in the time when there was a lot of violence going on in Coahuila, especially in Torreon, so I immediately got very worried,” she told Al Jazeera. “We went looking for him right away, and made a report to the police.”

A few weeks later, something happened that is somewhat unusual in Mexico, where about 90 percent of crimes go unsolved: an arrest was made.

The suspect, Ubaldo Gomez Fuentes, was a lieutenant in the Mexican Army, assigned to an anti-drug intelligence unit in Torreon.

He confessed to being part of a kidnapping gang – made up of soldiers and civilians – that abducted Dan Jeremeel.

But he would not say what happened to Moran’s son.

More than nine years later, and still without answers, Moran and human rights groups fear that the recently passed Internal Security Law, which formally regulates the use of the military in police roles, will only lead to more cases like that of Dan Jeremeel.

Military deployed in ‘war on drugs’

The soldiers who kidnapped Dan Jeremeel had been deployedto Torreon in January 2007 to fight organised crime in the region, where violence was on the rise as the Zetas Cartel – itself founded by army deserters – tried to wrest control of Torreon from the Sinaloa Cartel, then led by “El Chapo” Guzman.

But the violence only got worse over the next few years as more soldiers were deployed in the Torreon area, according to the magazine Proceso.

Some soldiers were accused of corruption and human rights abuses, including arbitrary detention and extrajudicial executions.

In June 2007, Juan Jose Barrientos Amador, a 35-year-old taxi driver, was found dead after witnesses saw him being arrested by soldiers. The killing led to several protests in front of military installations, but no one was prosecuted, and the military refused to comment on the case.

The deployment of the military to fight crime was part of a strategy of then-President Felipe Calderon, who argued that local police were ineffective and corrupt. But complaints of human rights violations by the military quickly began piling up.

The army has been on the streets for 10 years, and violence has only increased ... And now, with this Interior Security Law, which was designed by the army itself, things can only get worse.

In 2008, there were more than a thousand complaints of human rights violations against the army to the National Human Rights Commission. Cases like that of Dan Jeremeel and Jose Barrientos led many to question the effectiveness of the military strategy in the so-called war on drugs.

‘Things can only get worse’

Such questions reemerged late last year with the passage of the Interior Security Law.

“The army has been on the streets for 10 years, and violence has only increased,” Moran said. “And now, with this Interior Security Law, which was designed by the army itself, things can only get worse.”

The Mexican military has been fighting crime on a large scale since December 2006, when then-President Felipe Calderon ordered it onto the streets to fight drug trafficking.

But until the Interior Security Law was passed, the military was operating in a state of questionable legality.

According to the Mexican Constitution, the military should only be deployed within the country in situations of foreign invasion or rebellion.

The recently-passed law provides a clear legal justification for the military to exercise police powers, the law’s proponents argue.

The law also expands the military’s ability to carry out surveillance of Mexicans and allows the military to administer its own operations, with limited oversight from state and local civilian authorities.

The passage of the law was applauded by military authorities, who had asked Congress for a legal framework for military action in the drug war. After the law was passed, Secretary of National Defence General Salvador Cienfuegos thanked Congress, saying the law will give the military the framework it needs to effectively fight drug cartels.

The law was criticised by human rights organisations, including the UN High Commissioner for Human Rights, which pointed to widespread rights violations by the military during the ongoing drug war.

The law now faces several constitutional challenges by civil society groups, as well as state and municipal governments. Pena Nieto has said he will not invoke the law until the court challenges are resolved.

“This legislation elevates a failed model of security to the level of law,” he said.

“The evidence is clear that the deployment of the military has only led to more violence and human rights violations.”

Between 2006 and 2011, the murder rate in Mexico tripled, according to data from the United Nations Office on Drugs and Crime.

Although the murder rate declined after its first peak in 2011, violence spiked again in 2017, when over 23,000 people died violent deaths, making last year the deadliest in modern Mexican history, according to government data.

“In 2006, Calderon’s government could have argued that we don’t have enough empirical evidence to know what this policy could lead to,” Aguirre said.

“But now, after 11 years, we have clear evidence that the deployment hasn’t reduced violence, and that it has increased human rights violations. So, instead of an Interior Security Law that petrifies that policy, we need to strengthen civilian authorities and withdraw the armed forces.”

Carlos Ventura, of the Vitoria Human Rights Centre, questioned the premise that the military is less susceptible to corruption than police forces.

“Curiously, they’ve tried to present the army as an almost impeccable actor,” he told Al Jazeera. “But we’re not convinced, because we have documented the direct participation of the armed forces in human rights violations, and also the high levels of impunity that they enjoy.”

A study by the Washington Office on Latin America (WOLA) from November 2017 found that complaints of human rights violations against the military almost always go unresolved. A 2014 reform allows civilian prosecutors to investigate human rights violations committed by soldiers, but it has not been fully implemented. According to the WOLA report, the Interior Security Law will further weaken civilian authorities’ ability to investigate and prosecute soldiers.

Moran said Dan Jarameel’s story shows that soldiers are far from incorruptible. And although the initial investigation into his disappearance seemed promising, brutal networks of secrecy and impunity between the military and organised crime have prevented her from finding her son.

The army lieutenant who was arrested with Dan Jeremeel’s car and confessed to kidnapping him implicated several other soldiers and civilians, some of whom were also arrested in January 2009.

The army refused to cooperate with the investigation. Less than a month after the arrests, an armed commando broke into the jail where the suspects were being held and killed them.

The evidence is clear that the deployment of the military has only led to more violence and human rights violations.

Another alleged accomplice was arrested by the military near Mexico City in 2010. He was brought back to Torreon and put in the same jail where his accomplices had been killed. He suffered the same fate.

Another suspect is still at large, and rumoured to have recently deserted the army to join the Zetas.

Moran said she doesn’t feel justice has been served, nor does she have the closure of knowing what happened to her son. Her only hope is that the one surviving fugitive be caught, but she added that the case is not being actively pursued.

“The army hasn’t taken any kind of responsibility, even though it was their people who made my son disappear,” she said.

Since 2008, Moran has dedicated herself to searching for her son and advocating for the families of the disappeared. Along with other families, she founded United Forces for Our Disappeared (FUND), a civil organisation that groups hundreds of families of disappeared people.

“We’ve had so many meetings with military leaders, we’ve been to these human rights courses that the soldiers are taking now,” she said.

“But nothing ever changes,” she added.

“This Interior Security Law isn’t the solution – we need to strengthen civilian authorities so we can get the soldiers off the streets.” 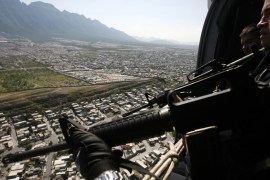 Is Mexico the most dangerous country on earth?

Or does it just suffer from the misfortune of being a neighbour of the US? 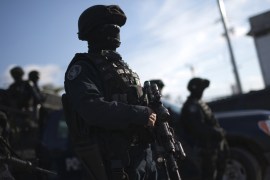 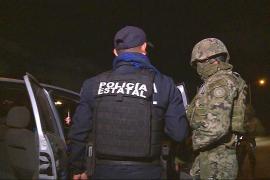