Millions of voters in Egypt will begin to head to the polls on Monday, in a three-day presidential election that political analysts say already has a determined outcome.

There are 60 million eligible voters.

Despite the absence of polling, Sisi is expected to win after eliminating any real political opposition.

In 2014, when Sisi first ran for president, less than half of the eligible voters cast their ballot, with the former military commander receiving 96.9 percent of the votes.

Critics called it a sham election, however.

This year, the economy has emerged as one of the top concerns in the minds of Egyptian voters.

Al Jazeera spoke to some voters in Egypt and asked them to weigh in on the electoral process.

“We just want young people to find jobs. I am on my way looking for work right now.”

‘There is a lack of medicine’

Asked whether the government should subsidise the campaign of candidates running for president, one voter said:

“No, it is better if we use it for other things like water, electricity, health and medicine. It’s unfair that people are dying due to the lack of medicine.”

‘Sisi has no real challenger’

“It seems to me that Sisi has no real challenger. He eliminated everyone running against him. Honestly, I am not participating in the election. I don’t want to vote. Either way, we know who is going to win, so there is no need for anyone to vote.”

‘Sisi is trying to develop infrastructure’

“I will be voting for el-Sisi.

“The government needs to focus on road infrastructure planning, hospitals and education. There isn’t a lot of income now, but it is because the president is trying to develop the infrastructure.”

“I’m not participating in the election. I would not vote for anyone because no one has an election programme.

“Does anyone have an election programme? Maybe there is something I don’t know about. El-Sisi doesn’t have a programme, neither does Moussa Mustafa Moussa, so I won’t vote.”

‘I will vote for Sisi’

“Without a doubt, I will be voting for Sisi. Even if he doesn’t have any election programme, I will vote for him.”

‘This time, I don’t really know’

“Look, I voted for Sisi the last time. This time, I don’t really know. I won’t vote for the one I don’t know for sure, so maybe I’ll vote for Sisi and just hope he’ll do good things for us.

“He’s done some great achievements and everyone has seen them, but maybe the rise in prices is upsetting some people. But, God willing, life will be better.”

‘This is Sisi’s moment’

“At this stage, this is Sisi’s moment. I will vote for Sisi, because in these tough times, when everyone is fighting you, internally and externally, you need him. He’s a genius.” 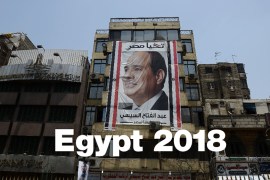 Egypt 2018 presidential ‘election’: The economy at a glance

Economic decline and President Sisi’s internal policies have led many to call for a boycott of this year’s election. 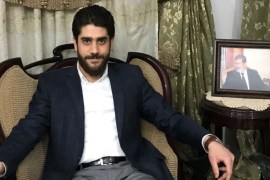 Morsi’s son says the Egyptian regime is afraid of his father meeting members of UK Parliament. 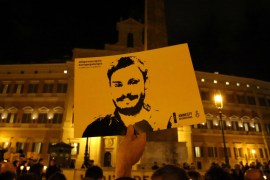 Disappearing in Egypt: From Giulio to Zubaida

How a recent report on forced disappearances in Egypt caused an allegedly missing Egyptian girl to reappear.