Montreal, Canada – Natan Obed does not mince words: staggering tuberculosis rates in Inuit communities across Canada’s northern Arctic region have reached the level of a “crisis”.

“We have to think about this as a preventable public health crisis.”

But despite the grim warning, Obed said he is more hopeful than ever before, that tuberculosis can be treated, prevented and eventually eliminated from Inuit communities.

“The government is considering [and] taking ownership of past wrongs. It is acknowledging the unacceptable nature of the current status of tuberculosis in Inuit Nunangat and is working with us in partnership,” he said.

On Friday, the eve of World Tuberculosis Day, the federal government unveiled a plan to eliminate tuberculosis from Inuit Nunangat, the traditional Inuit homeland, by 2030.

A bacterial infection that primarily affects the lungs, tuberculosis spreads through the air when a person infected with the illness coughs, sneezes or otherwise shares tuberculosis-infected germs.

That is 296 times higher for Inuit than for non-indigenous people born in Canada.

In its announcement, the Canadian government also said it intends to cut the prevalence of active tuberculosis by at least 50 percent by 2025.

“It should never have taken us so long to get to this day,” Jane Philpott, Canada’s minister of indigenous services, said in a statement.

Our tuberculosis rates are exceptional.

Ottawa said it would address social issues tied to the disease, such as housing, food security and nutrition and access to health services and put Inuit needs at the forefront of its strategy.

It also earmarked $27.5m over the next five years in its 2018 budget to fight the disease in Inuit Nunangat, among other investments in health services and housing in the region.

“We are determined to move forward with a strategy that is both community-owned and community-driven and one that addresses the social determinants of health,” Philpott said.

While tuberculosis in Canada has been steadily on the decline over the past decades and the overall rate remains low compared with other parts of the world, the rate among indigenous peoples in general and Inuit, in particular, is disproportionately high.

Social factors such as poverty, inadequate housing and homelessness greatly contribute to the spread of tuberculosis.

In the case of Inuit communities, a history of overcrowded and poor-quality housing in Canada is a significant factor in the incidence of the disease, said Frank Tester, adjunct professor of Native Studies at the University of Manitoba.

Tuberculosis first came to Canada with the arrival of European settlers in the 1700s, Canada’s Public Health Association said, and Inuit were exposed to tuberculosis in the late 19th and early 20th centuries.

Just over 65,000 people identified as Inuit – an indigenous population that lives in the Arctic – in Canada in 2016, according to the national census.

Most live in 35 communities in Inuit Nunangat, an area that spreads across Nunatsiavut (Labrador), Nunavik (northern Quebec), the territory of Nunavut and the region of Inuvialuit in the Northwest Territories.

But traditionally, Inuit had lived in igloos, tents or other types of shelter out on the land, Tester explained, because they migrated seasonally to access natural resources and maintain their way of life.

Beginning in the 1950s and into the 1960s, however, they were moved into more permanent settlements close to the outposts set up for fur traders and the federal police force (RCMP).
“But there was no housing for them,” Tester told Al Jazeera.

“The result was terrible, absolutely terrible, living conditions: drafty, cold, damp, some of them had no floors in them, no proper sanitation, water problems. People basically lived in horrible, horrible slums.”

The housing situation “contributed hugely to the tuberculosis epidemic”, he said, and it continues to be a major factor today.

“Severe overcrowding, substandard homes, and a lack of affordable and suitable housing options has left many Inuit families one step away from homelessness,” the report said.

In its 2018 budget, the Canadian government earmarked $400m to improve housing in Inuit communities over the next decade.

The way the federal government historically treated tuberculosis among Inuit and other indigenous peoples in Canada must also be addressed, Obed said.

The federal government first sent a coastguard ship to the eastern Arctic to test Inuit for tuberculosis in the early 1950s. Anyone found to be infected with the illness was taken south to hospitals and sanitoria for treatment.

One-third of Inuit in Canada were infected with tuberculosis in the 1950s, the Public Health Association said, while by 1956, one-seventh of the Inuit population was receiving treatment for the illness in southern Canada.

“There were no hospitals established in the north for the treatment of Inuit. They were removed to southern institutions for the most part,” said Maureen Lux, a professor of history at Brock University in Ontario.

For many, that meant being separated from their families, often for several years.

Inuit receiving treatment in the south had no way to communicate with their loved ones back home, who were often never informed if their relatives died or were buried thousands of kilometres away.

“It was a basic lack of respect for our human rights that existed as government policy for a long period of time,” said Obed, adding that Inuit leaders have called for the federal government to formally apologise for its past policy.

Ottawa is also working on a database that indigenous families can use to find out what happened to people who were taken south for treatment.

It was a basic lack of respect for our human rights that existed as government policy for a long period of time.

Lux told Al Jazeera that Canada had two separate systems to deal with tuberculosis at the time.

She said that while non-indigenous Canadians being treated for the illness were considered outpatients and prescribed antibiotics they could take at home, Inuit peoples were “kept for years, oftentimes in institutions”.

“The reasons for that are complex, but at [the] heart, it was the notion that indigenous people couldn’t be trusted to take their medication, so they had to be hospitalised. They had to be institutionalised,” she said.

“It’s important to try to always link tuberculosis with living conditions and power imbalances and colonialism in Canada.”

‘A story of colonisation’

For his part, Obed said financing tuberculosis treatment and prevention is a challenge, as is having enough people to reach the many isolated communities in the Arctic to implement a plan.

Social issues will also need to be addressed.

“This is a story of colonisation and it’s a story of resilience and the work that we do now is part of self-determination,” he said.

“We see this not just as treating a public health issue; we see it also as taking back our control and our place in our own society.” 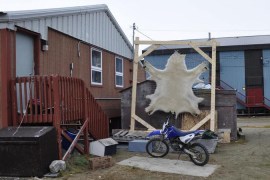 A haven for Canada’s Inuit artists

The hamlet of Cape Dorset is powered by indigenous artists whose work is edgy and often provocative. 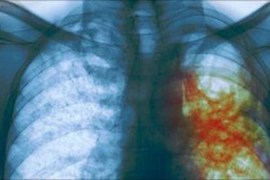 Cambodia: Funding the fight against tuberculosis

Progress in Cambodia in reducing deaths from tuberculosis could be short-lived as future funding could be in doubt. 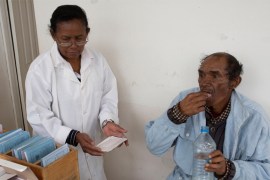