While millions went to the polls on Sunday to vote in Colombia’s congressional elections, it was the image of one individual in particular that captured local headlines.

A formally-dressed man voting in a nearly empty public hall, Ivan Marquez would not have grabbed much attention were it not for the fact he was not any ordinary voter, but formerly a high-ranking commander of the FARC rebel group who was also running for the Senate.

With some 7,000 rebel fighters having demobilised and transitioned to a political party following the 2016 peace agreement, Marquez was one of the FARC’s 74 congressional candidates who was fighting for political change via the ballot box rather than guerrilla warfare.

But for the rebel-group-turned-political-party, its first electoral test turned out to be a failure, according to analysts.

“Definitely nothing went as planned for the FARC,” said Yann Basset, an expert in electoral politics at La Universidad del Rosario, Bogota.

The FARC failed to pick up any additional seats outside the 10 –  five in each of the 108-member Senate and the 172-member lower house – they were guaranteed as part of the peace agreement.

The former rebels secured no more than 0.21 percent of votes in the lower house and just 0.34 percent in the senate; even less than initial predictions of one to two percent.

Although their past was never going to permit them electoral success, analysts believe their particularly poor results could lie in the party’s inability to rebrand itself, internal issues and the polarised political landscape they find themselves operating in.

Entering the political arena for the FARC was never going to be easy, analysts say.

After 52 years playing a major part in a conflict that left an estimated 222,000 people dead and more than seven million displaced, many Colombians would rather have the candidates behind bars than a choice on the ballot.

On the campaign trial, the group was met with rocks and shouts of “murderers”. Less than two weeks before the election, FARC suspended its campaign over safety concerns.

The FARC say they were targeted by orchestrated protests from critics of the peace accord and the Democratic Centre, a right-wing political party, but analysts also highlight that the group is “despised” by many in Colombia.

“The FARC is despised by the Colombian people who have a large need for vengeful justice, as the surveys consistently demonstrate,” said Jorge Restrepo, Director of Conflict Analysis Institute, CERAC.

Their campaign issues were only compounded by the fact that the party’s presidential hopeful, Rodrigo Londono, better known as ‘Timochenko’, withdrew from the race due to health concerns.

But, according to Restrepo, scaling down their campaign efforts probably had little effect on their electoral results.

“Nobody in Colombia was surprised they got such a rejection,” Restrepo told Al Jazeera.

“But I don’t think by increasing their public campaigning they would have got additional votes, after all, they got a lot of publicity when handing over their weapons. It is simply the burden of violence”.

The FARC’s political ambition was limited by half a decade of violence but was also exacerbated by the group’s inability to seize an opportunity to reinvent itself, analysts also say.

The decision to retain their acronym by changing their title from Revolutionary Armed Forces of Colombia to Revolutionary Alternative Common Force was widely perceived by analysts as a grave electoral error and even mocked by President Juan Manuel Santos who was awarded a Nobel Peace Prize for his role in the peace accord.

Analysts also believe that the FARC’s decision to select veterans and commanders over younger candidates limited their ability and success.

“It was a serious problem for their electoral possibility that the FARC kept their commanders as candidates”, Restrepo said. “The key is that they had not passed through the special justice unit for peace and more importantly, they had never apologised publicly and rejected the impact of their violence – this is what cost them so dearly.”

In addition, analysts believe internal issues, and the fact they already had 10 seats guaranteed, limited the effectiveness of their campaign.

Basset said the group was forced to run a “defensive campaign” due to internal conflict around issues such as dissident rebels and perceived government failures to comply with the peace deal.

“They needed to consolidate internally to avoid any more internal fractures,” Basset added.

“The FARC chose an inward facing campaign because it did not have many other options.”

Analysts believe the campaign was also overshadowed by the hostility towards the 2016 peace agreement and the polarised political climate it has created.

The accord was passed through congress after being rejected in a public vote, and its implementation has since been dogged with controversy and delays, draining its advocates of political support and fuelling the success of its critics.

His Democratic Centre party, founded by former president and prominent peace critic, Alvaro Uribe, won 16.41 percent of votes in the senate and 16.02 percent in the lower house, making them the biggest party in a fragmented congress. Radical Change – also likely to oppose certain parts of the accord – came in second.

The results, according to Basset, “reflect the polarisation around the peace agreement with [critics of the peace accord] returning as the biggest force in the country on one side and the progress of the centre-left on the other”.

He added: “Many say that the FARC had to change their discourse, change their name, or try to convince other sectors of society, but I doubt that it would have made much difference.”

According to analysts, it is now likely that the FARC will leverage the little support it does have to back another left-wing coalition who is “pro-peace”, as the next congress must approve and/or modify a minimum of 12 outstanding laws in relation to the peace deal.

“I do not have the slightest doubt that they will form a coalition in congress with leftist movements,” said Sandra Borda, head of social sciences at La Universidad de Tadeo, Bogota.

“Alone they are not going to achieve anything,” she added. 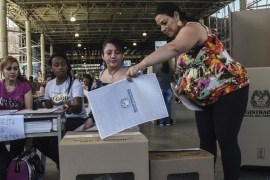 Conservative parties, who opposed the 2016 peace deal with the FARC, take lead in parliamentary elections. 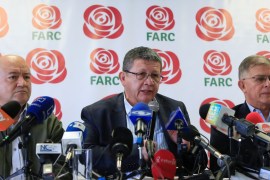 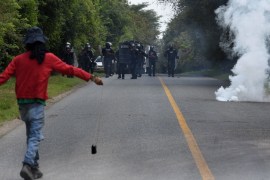