At least six people have died in heavy flooding across the Andean nation of Bolivia, where days of rain have left thousands of people homeless, fields underwater and houses destroyed.

One man died when he was dragged away by a swollen river and five people were killed in road accidents caused by the rain, said the mayor of Cotagaita in the southern Potosi department.

Authorities have said that at least 50,000 people in seven of the country’s nine departments have been left homeless. The hardest-hit areas are near the southern border with Paraguay and Argentina.

During a visit to the town of Tupiza in Potosi department, President Evo Morales promised to help victims rebuild and to provide farmers with seeds.

South of the border, raging floodwaters washed away cars and homes in Argentina after heavy rains caused a river to overflow in the northwest.

Around 10,000 residents were evacuated from villages along the Pilcomayo River on Friday.

The stretch of the Pilcomayo which runs through Salta, in northwest Argentina, rose rapidly overnight after unusually heavy rains, such that some residents had to be plucked from waist-high waters.

Officials said the river has risen at least six metres and is expected to continue rising until the middle of this week. 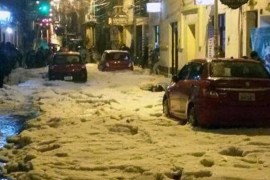 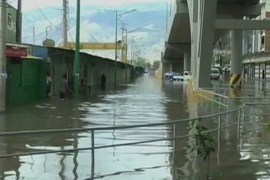 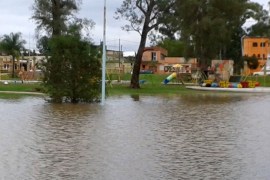