The snow depth in Horokanai, in northern Japan’s Hokkaido has been measured as 3.124 metres, setting a new record.

It beats the previous record of 3.119 metres set in 1970, while locals say that the huge amount of snow is making life difficult.

Although impressive, this amount of snow isn’t a record for the country as a whole.

After a particularly heavy snowstorm in February 1927, a staggering 11.821 metres was reported at Mount Ibuki, in Honshu.

This was not only a record for Japan, but was also a global record.

By comparison, the greatest snow depth recorded in the US is 11.455 metres in Tamarack, California in March 1911.

In Europe, Weather Underground reported that one of the deepest snow accumulations was in Santis, Switzerland where 8.255 metres was reported in April 1999.

The weather in Hokkaido is expected to stay dry over the next few days, so no more snow records are likely to be set. 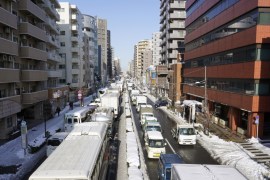 Monday’s rare snowstorm brought the highest accumulations the Japanese capital has seen since 2014. 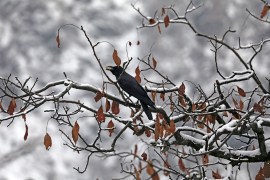 Snow may look beautiful, but it has caused plenty of problems in recent days across Europe and western Asia. 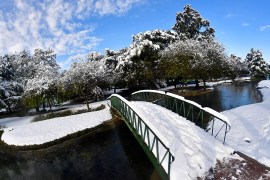 Rare snow for the southern US

A cold blast of wintry weather brings snow to the Deep South and parts of Mexico.