Bahrain‘s security forces have clashed with protesters marking the seventh anniversary of the February 14 uprising.

Police reportedly fired tear gas and live ammunition at the demonstrators on Wednesday, but the number of casualties is unclear, Saeed al-Shehabi, leader of Bahrain Freedom Movement, told Al Jazeera.

Shehabi said protests have been reported on Tuesday evening and Wednesday morning in at least five neighbourhoods, mostly outside of the capital Manama, including in Diraz, Sitra and Huwaidrat.

“Protests will continue throughout the day today,” the UK-based activist said.

“The situation is as tense as ever, and the crackdown is also severe.”

Shops in entire neighbourhoods have also reportedly remained closed in anticipation of the protests on Wednesday.

Hussain Radhi of Bahrain Center for Human Right told Al Jazeera that clashes also took place in the districts of Abu Saiba, Aldaih, Mameer, Aleker and Bilad Al Qadeem. There was no information about injuries.

Pictures also showed masked protesters hurling rocks at police as they walked through a street engulfed in tear gas.

In a video clip posted on Twitter by the London-based Bahraini television channel LuaLua, security forces were seen firing tear gas, as they engaged in a running battle with protesters.

The Iran-backed news agency U-News also posted a video of men, women and children marching in one neighbourhood, and shouting anti-government slogans on Tuesday night.

Leading up to the anniversary on Wednesday, several dozens of activists have been rounded up and detained, according to Shehabi of Bahrain Freedom Movement.

Shehabi, however, said he was surprised that people have continued to protest.

“Day in and day out, there have been protests and demonstrations,” he said.

Despite the threat of imprisonment of up to five years for “spreading false news”, Shehabi also said that people have been posting images on social media showing the ongoing protests.

For years, tensions have been running high in the kingdom, where a sectarian divide is deepening and there is a growing gap between the majority Shia population and the island’s minority ruling Sunni government.

Starting in 2011, Shia-led protests erupted across the country. That led to neighbouring Saudi Arabia‘s intervention, quashing the protests on behalf of Bahrain’s rulers.

Authorities have refused to listen to opposition demands for reforms, including the establishment of a “real” constitutional monarchy with an elected prime minister independent of the ruling royal family.

In response, authorities ordered the imprisonment of thousands of activists and stripped Shia spiritual leader Qassim of his nationality.

Saudi Arabia has accused its regional rival, Iran, of encouraging its Shia population to rise against Bahrain’s Sunni rulers, allegations that Tehran has denied.

Meanwhile, the Gulf Center for Human Rights called on the international community on Wednesday to “apply serious pressure” on Bahrain to release journalists and human rights activists, some of have are facing lifetime jail terms. 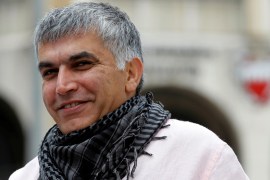 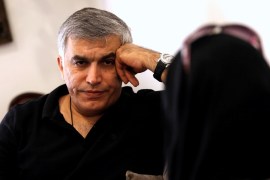 Rights groups say at least 169 Bahrainis at risk of severe abuse at the hands of security forces during crackdown. 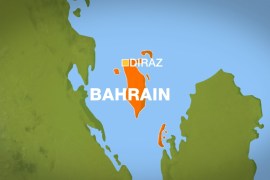 Authorities say ‘relevant procedures’ are being taken following the blast, which it blamed on ‘terrorist’.