As the climate changes, several cities around the world are struggling to supply water to their ever-expanding populations.

Twenty or 30 years ago, the city of El Paso in southern Texas had a plentiful water supply. The mighty Rio Grande roared nearly 3,000 kilometres from the peaks of southern Colorado to the Gulf of Mexico, offering seemingly endless fresh water.

Nowadays, the river has dwindled, with temperature increases being blamed.

Phil King, a civil engineering professor at New Mexico State University, told KTSM.com that he is certain this is due to climate change.

“What we are seeing is a systematic increase in temperature, so we’re seeing the snowmelt runoff earlier…and more rapid melt than average. And again, for a given level of snowpack, less runoff actually reaching the river and reaching our reservoir here.”

In 1989, El Paso Water’s then Utility Manager Ed Archuleta predicted the city would run out of water in 2020.

Since then El Pasoans have cut down on their water usage by 35 percent per person, yet despite this and despite El Paso being home to the world’s largest inland desalination plant, water worries persist.

Now, in a desperate step to alleviate the water shortages, El Paso is set to become one of the first cities in the US to treat sewage water and turn it into drinking water.

The city is working to build a closed-loop facility to treat sewage water with multiple steps of filtration such as carbon and UV filtration to make sure no pathogens or microbes are present.

‘From toilet to tap’ is an idea that has been around for a number of years, but many water-scarce cities have resisted its implementation due to the revulsion the idea creates in the public.

However, as the global climate changes and water becomes an increasingly scarce resource, a number of cities are reexamining the idea.

Perth, Australia announced in February that it was considering the idea, and Sydney already helps bolster its water supply with treated sewage water. The city discharges treated wastewater into the catchment rivers that supply the city.

In July, the Indian capital followed suit, with Chief Minister Arvind Kejriwal saying that he hoped treated sewage water would supply 15 to 20 percent of its tap water in the next two years.

One city that is already proudly using treated sewage water in their water supply is Singapore. The city already has five treatment plants, called NEWater plants, which treat the water to a very high-grade standard, making it safe to drink. Forty percent of their tap water is currently from treated sewage water.

It has helped to solve a major supply problem in the city and what’s more, some locals even say it tastes better. 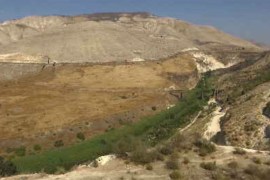 Recent study finds that country is getting hotter and drier faster than previously anticipated. 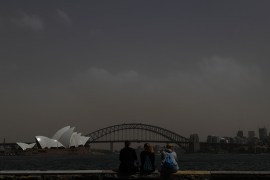 An Australian dust storm reached parts of Sydney, with haze blanketing the city and outskirts. 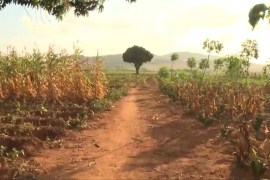 State of emergency declared in Alagoas after drought