Riot police in the Sudanese capital, Khartoum, used live ammunition and tear gas in an attempt to disperse protesters marching towards the presidential palace.

Videos posted online appeared to show crowds of several hundred people heading towards the palace on Tuesday, which is located on the bank of the river Blue Nile in the heart of Khartoum.

The demonstrators could be heard singing patriotic songs and chanting, “Peaceful, peaceful against the thieves” and “The people want to bring down the regime” before police began firing into the crowds.

The unrest came after five days of rallies against the government of President Omar al-Bashir, with protesters enraged over rising prices, shortage of basic goods and a cash crisis.

Al Jazeera’s Hiba Morgan, reporting from Khartoum, said calls for the president to step down were growing louder with people turning up in significant numbers for the protest, which had been planned for a number of days.

"The people want to bring down the regime!"

Organizers say hundreds were injured in Sudan today after police used tear gas and fired live ammunition to disperse thousands of protesters. They were marching to demand the resignation of Omar Bashir, Sudan's president of 29 years. pic.twitter.com/AVtGDiGe0J

“[Protesters] seemed to agree they want to see change and the police had to use tear gas and live ammunition to disperse the crowd,” Morgan said.

“Unfortunately, for the police that is, people continued [marching]. We’ve heard people say they want the ‘regime’ to go, they want to see a new ‘regime.'”

“Even with the tear gas being fired at them, some people have been using headscarves and went on to proceed against the riot police with their demands that the president must leave.”

Tuesday’s protest was organised by The Sudanese Professionals Association, an umbrella coalition for professional unions, and supported by the National Umma Party, one of the country’s top opposition parties.

They said they planned on marching to the palace and hand the presidency a memo calling for him to step down immediately.

Sudan’s embattled al-Bashir has vowed to introduce “real reforms” since the anti-government protests began in Atbara city seven days ago, but has also warned the protesters to not respond to attempts “at sowing discord” in the country.

Speaking to a crowd of his supporters on Tuesday, Bashir accused the protests of being influenced by external agents.

“Thank you for your support and enthusiasm which are a response to every foreign agent, traitor, outlaw, and destructive person,” he said.

“You are the ones responding to them right now. From here, you are responding to all the traitors and foreign agents. I support you. And with your support, I will be back here next year”.

The demonstrations are the biggest in several years against Bashir’s 29-year rule.

Officials have recorded at least 12 deaths, though Amnesty International on Monday said it has “credible reports” that police have killed at least 37 protesters in clashes during anti-government demonstrations.

Sidki Kabilo, a member of the Sudanese Communist Party, said the protests had morphed over spiralling costs into wider discontent and dissatisfaction with Bashir.

“The people started demonstrating over bread, fuel and financial instability, however, they’re now demanding the toppling of the regime.

“The masses have realised there is a strong relationship between the economy and politics. The regime has promised several times to correct its path, but the crisis is over the nature of the regime which spends a lot of money protecting itself and buying loyalty and support.”

Al Jazeera’s correspondent said that Bashir did not specify his plan for economic reforms, which he said would provide citizens with a better life.

“The president said he is going to offer reforms, but he did not mention how and what kind of reforms is he planning,” Morgan said.

“Meanwhile, people are saying they don’t want any reforms since his government hasn’t done much in decades of rule.”

Ismail Kushkush, a Sudanese-American Journalist, said while the absence of a strong opposition party had historically worked in Bashir’s favour, Sudan was witnessing a new and unprecedented wave of unrest.

“For a long time the Sudanese opposition – various actors, political parties and youth groups – have been divided. And the government has been able to make use of that.

“However, what we’re seeing now is different. Opposition groups are calling on their political base to take to the streets to join these protests. How that translates into actual political gain remains to be seen.

“But all Sudanese, whether active in politics or not, have felt the burden of the economic woes that have taken place this year”. 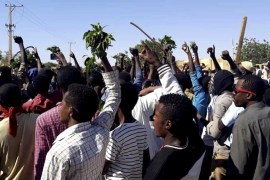 What prompted the protests in Sudan? 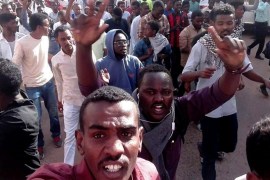 Violence on Sunday was the latest in a series of anti-government protests in Sudan that have killed at least 12 people.