Saudi Crown Prince Mohammed bin Salman (MBS) sent 11 messages to his closest adviser, who reportedly oversaw the operatives who killed journalist Jamal Khashoggi, in the hours before and after the journalist’s murder on October 2, according to a Wall Street Journal report.

The Journal said on Saturday it had reviewed excerpts of an intelligence file that was classified as “highly confidential”, which cites electronic intercepts and other covert information between Prince Mohammed and his aide, Saud al-Qahtani.

However, the content of the messages between the two parties is unknown.

“To be clear, we lack direct reports that the crown prince issued the order of murder,” the assessment notes, according to the Journal.

The assessment reports that Qahtani, who supervised the 15-man team that killed Khashoggi, was also in direct communication with the team’s leader in Istanbul.

“We assess it is highly unlikely this team of operators … carried out the operation without Mohammed bin Salman‘s authorisation,” it says.

Khashoggi, an outspoken critic of the Saudi crown prince, was murdered inside the Saudi consulate in Istanbul. He had left Saudi Arabia in self-imposed exile last year and settled in the US state of Virginia, where he was a regular contributor to The Washington Post.

According to the assessment, Prince Mohammed told associates in August 2017 that if efforts to persuade Khashoggi to return to Saudi Arabia were not successful, saying, “We could possibly lure him outside Saudi Arabia and make arrangements.”

The assessment said that this “seems to foreshadow the Saudi operation launched against Khashoggi”.

The Wall Street Journal said it was not clear from the extracts whether the 2017 comments on luring Khashoggi to a third country were mentioned directly by MBS or by another person who described his remarks.

A CIA spokesperson declined to comment on the report.

Secretary of State Mike Pompeo reiterated on Saturday that he has seen all the intelligence possessed by the US on the killing of Khashoggi there is no direct evidence linking Prince Mohammed to the incident.

Last month, it was reported that the CIA determined MBS had likely ordered Khashoggi’s killing.

However, President Donald Trump later cast doubt on the reported CIA conclusion about the prince, saying “maybe he did; and maybe he didn’t.” 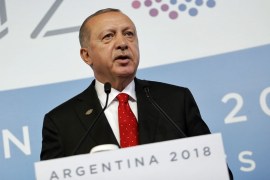 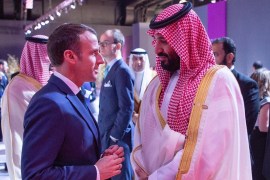 ‘You never listen to me’: Macron meets MBS on G20 sidelines

French president is reported to have given ‘very firm message’ to Saudi crown prince over Khashoggi killing and Yemen.