Qatar celebrated its National Day on Tuesday amid an ongoing blockade by neighbouring countries that appears to have created a sense of unity among nationals and residents in the Gulf country.

The December 18 holiday marks the date in 1878 on which Sheikh Jassim bin Mohammed Al Thani succeeded his father as the emir and led the country towards unity.

“As long as it was proven by our deeds, Qatar will remain free,” is this year’s National Day slogan, combining a verse from Qatar’s national anthem and a verse from the founder.

The celebrations take place in different cities and towns across Qatar, namely Doha, Al Wakra and Al Shamal. A one-day holiday was announced to celebrate the occasion.

“I pray to God to perpetuate our country’s great blessing in security, safety and stability, and to fulfill the aspirations of ur people for greater strength, dignity and prosperity.”

The main event is the Corniche Parade in Doha in the presence of Sheikh Tamim and a number of high-ranking officials from government bodies and foreign mission representatives.

This year’s military parade will be three times larger than last year, Major-General Salem Al Ahbabi said, adding the event will feature land and naval forces, in addition to an airshow by the country’s air force.

It is the second year Qatar celebrates its National Day amid the blockade that has been imposed by Saudi Arabia, the United Arab Emirates (UAE), Bahrain and Egypt.

In June 2017, the quartet cut diplomatic ties with Doha and imposed a land, sea and air blockade on the Gulf state, accusing it of “supporting terrorism” and opposition political movements, such as the Muslim Brotherhood.

Qatar has repeatedly rejected the accusations as baseless.

Highlighting Qatar’s stance on sovereignty amid the dispute, Sheikh Tamim addressed the Doha Forum on Saturday, saying “our position has not changed on how to solve the Gulf crisis”.

“This can be achieved by lifting the siege and resolving differences through dialogue and non-interference in other countries’ internal affairs,” the emir said.

Despite the difficulties of the blockade, Qatar managed to turn the crisis into an opportunity, according to its 2018 economic performance.

Official figures indicate that the economic situation has improved, as the blockade forced the Gulf nation to diversify its economy and increase self-sufficiency.

Aside from oil and gas, Qatar’s exports have increased with a significant rise in the industrial sector.

In the wake of the blockade, Doha expanded or reinforced alliances with political and military partners in a bid to thwart the quartet’s efforts to isolate the country. 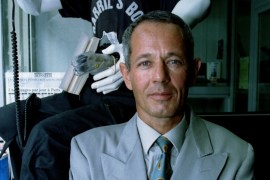 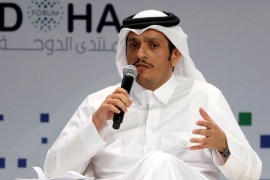 ‘No teeth’: Qatar FM says GCC needs to enforce its own rules