One person was reported killed and two police officers were injured after torrential rain lashed Sydney, Australia, early on Wednesday.

A series of storms swept over a large area of New South Wales state, wreaking havoc on the morning commute in the country’s largest city, with flash flooding inundating roads and delaying flights.

State Emergency Services rescued 12 people from floodwaters and responded to over 500 calls for help, according to local media.

Police said a tree fell on the two injured police officers as they were trying to help stranded motorists. One officer was in serious condition while the other received minor injuries.

Almost 130 domestic flights were cancelled out of Sydney airport and one of the runways was closed due to the heavy rains and strong winds.

The severe conditions were the result of a line of thunderstorms that rumbled across New South Wales, extending from the northwest of the state down to the southeast of the Sydney Basin.

According to Australia’s Bureau of Meteorology, there were some remarkable rainfall totals.

By midday local time, Sydney had 121mm of rain. This is well over the November average rainfall of 104mm.

Meanwhile, Porters Creek Dam south of Sydney was well topped up, with 178mm of rainfall in the same 12-hour period.

Perhaps even more remarkable was the intensity of the downpours which led to those flash floods. West Pennant Hills recorded 73mm of rain in one hour and Mossman noted 61mm in only 30 minutes.

The violent storms were also accompanied by some very strong winds, at times approaching 100 kilometres per hour. The worst of the wind and rain is now easing.

As the system responsible weakens and drifts out towards the Tasman Sea, the risk of damaging winds will remain for some time yet.

Large waves and hazardous surf conditions remain in the forecast throughout Thursday morning. 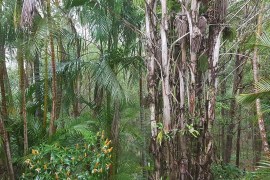 Heavy downpours cause some flooding in Queensland, New South Wales and Tasmania. 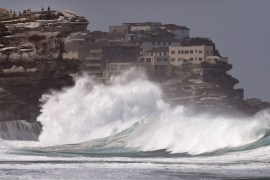 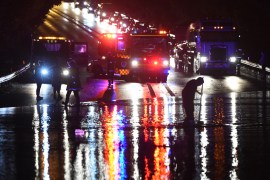 Severe weather continues to cause disruption in the city.