Speaking to reporters on Monday, Trump said the deal that May struck with Brussels “sounds like a great deal” for the EU.

“I think we have to take a look at, seriously, whether or not the UK is allowed to trade, because you know right now, if you look at the deal, they may not be able to trade with us,” he said.

May’s office rejected the statement saying that the agreement allowed the UK to sign trade deals with countries around the world, including the US.

“We have already been laying the groundwork for an ambitious agreement with the US through our joint working groups, which have met five times so far,” said a spokesperson for the office.

On Sunday, the 27-member bloc approved the withdrawal agreement and political declaration on the future EU-UK relations.

A very turbulent period now lies before the members of Britain’s parliament, as they will vote on the deal in the coming weeks.

On Monday, May made a blunt appeal to sceptical legislators to back the deal: It isn’t perfect, but it’s all there is, and the alternative is a leap into the unknown.

In essence, she urged parliament: Let’s agree and move on, for the sake of the voters.

May confirmed that British lawmakers will vote on December 11, after several days of debate, on whether to approve or reject the agreement.

Scores of legislators – from both the opposition and May’s governing Conservative Party – have vowed to oppose it.

Rejection would plunge Britain into a political crisis and potential financial turmoil just weeks before it is due to leave the EU on March 29.

“No one knows what would happen if this deal didn’t pass,” May told the House of Commons.

“Our duty as a parliament over these coming weeks is to examine this deal in detail, to debate it respectfully, to listen to our constituents and decide what is in our national interest.”

Before then, May plans a frantic two-week cross-country campaign to convince both the public and legislators that the deal delivers on voters’ decision in 2016 to leave the EU “while providing a close economic and security relationship with our nearest neighbours”.

But May’s defence of her hard-won deal in parliament was followed by a torrent of criticism, from hard-core Brexit-backers, pro-EU legislators and previously loyal backbenchers alike.

During Monday’s debate in parliament, legislators again expressed their deep unease, if not hatred, of the deal that keeps Britain outside the EU with no say, but still subject to the rules and the obligations of membership at least until the end of 2020 while a permanent new relationship is worked out.

Labour Party leader Jeremy Corbyn said the “botched deal” would leave Britain worse off, with “no say over EU rules and no certainty for the future”.

“Plowing on is not stoic. It’s an act of national self-harm,” he said. 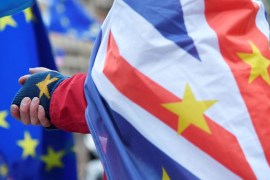 UK parliament to vote on Brexit deal on December 11

The vote will decide the future of UK’s departure from EU, which it is officially set to take place on March 29, 2019. 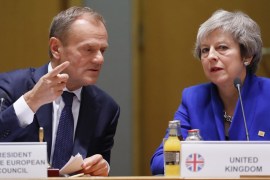 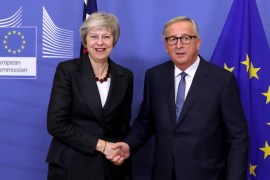 What you need to know about the crucial EU Brexit summit

European leaders will meet in Brussels on Sunday where they could rubber stamp two Brexit texts.