The US-backed Afghan government has lost control of a number of districts to the Taliban, while casualties among security forces have reached record levels, a US watchdog agency has said.

The latest quarterly report from the Special Inspector General for Afghanistan Reconstruction (SIGAR) underlines the heavy pressure on the government in Kabul even as the United States has opened initial contacts with the Taliban on possible peace talks.

“The control of Afghanistan’s districts, population, and territory overall became more contested this quarter,” the agency said in its report.

The Taliban have still not succeeded in taking a major provincial centre despite assaults on Farah in western Afghanistan and Ghazni in the centre this year but they control large stretches of the countryside.

Data from Afghanistan’s NATO-led Resolute Support mission showed that government forces had “failed to gain greater control or influence over districts, population, and territory this quarter”, the agency said.

As of September, it said the government controlled or influenced territory with about 65 percent of the population, stable since October 2017, after a year of heavy fighting in Farah and Ghazni as well as other provinces like Faryab and Baghlan in the north.

However, it reported that only 55.5 percent of the total 407 districts were under government control or influence – the lowest level since SIGAR began tracking district control in 2015. 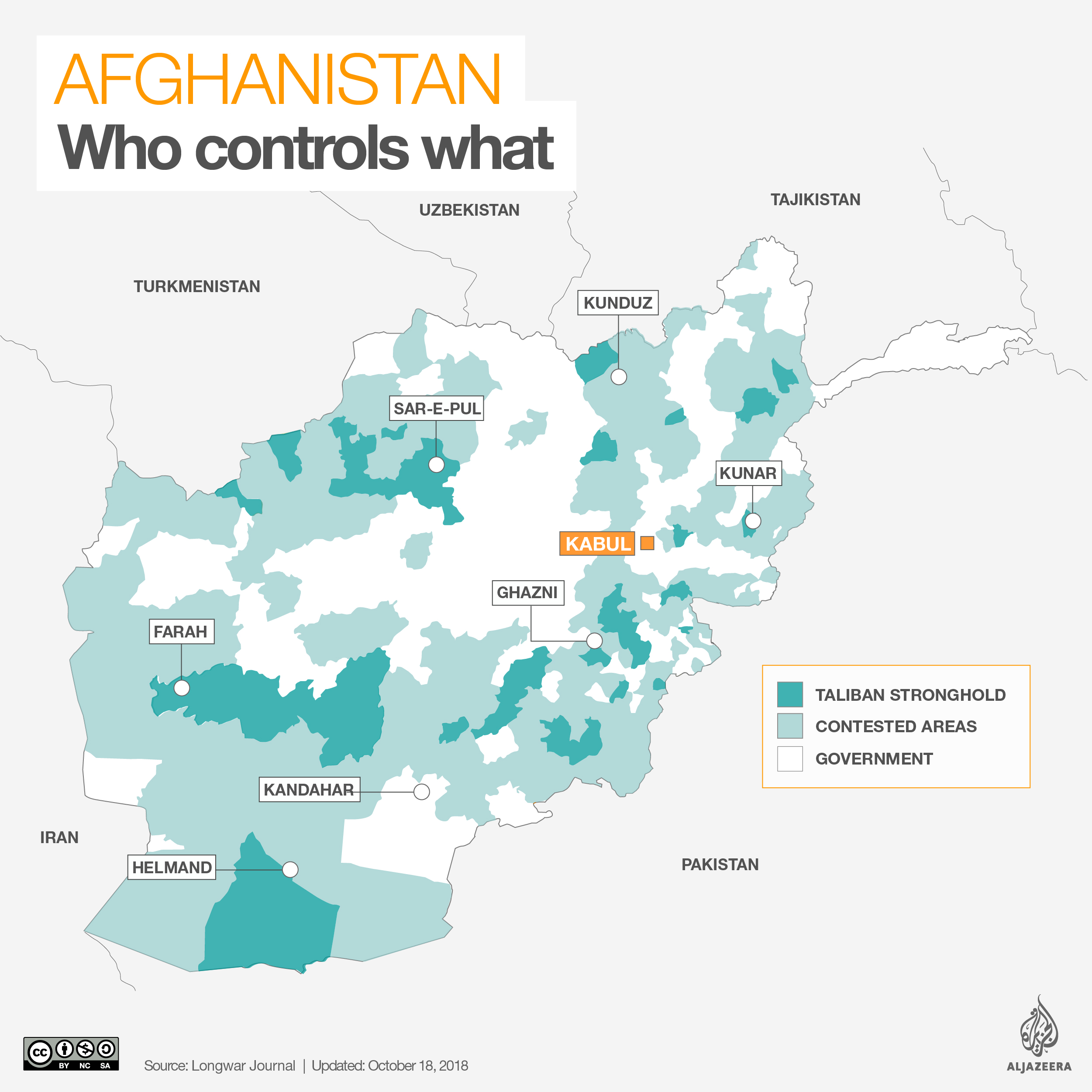 Six months before presidential elections, the figures are a sign of the degraded security situation in Afghanistan, even as the US special envoy, Zalmay Khalilzad, has met Taliban officials to map out possible peace talks.

As the Taliban have kept up pressure on the government, SIGAR quoted the Resolute Support mission as saying the average number of casualties among Afghan security forces between May 1 and October 1 was “the greatest it has ever been during like periods”.

The Afghan government no longer releases exact casualty figures but this month General Joseph Votel, head of US Central Command, said Afghan casualties were increasing from last year and were an issue “we are paying very, very close attention to”.

The Taliban, who were removed from power by US-led forces in 2001, has been waging a bloody armed rebellion to defeat the Western-backed government in Kabul.