India’s Himalayan states of Himachal Pradesh and Jammu and Kashmir were hit by heavy snowfall on Saturday, leading to road closures and flight cancellations.

The unseasonal snowfall cut off the Kashmir valley and led to the closure of the Srinagar-Jammu national highway, local media reported.

According to the Times of India, around 140 became stranded on the Mughal road in Jammu and Kashmir and had to be rescued. They were then taken to an army camp in Surankot.

The northern city of Srinagar, in Jammu and Kashmir, typically sees its first snowfall much later, usually between the months of December and February.

Snowfall in Jammu and Kashmir and Himachal Pradesh has a direct impact on temperatures in the lower northern states of Punjab, Haryana, Uttar Pradesh and the Indian capital, New Delhi. 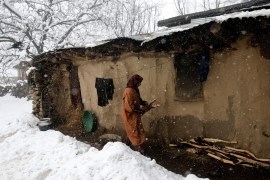 Winter storm causes widespread disruption across the foothills of the Himalayas. 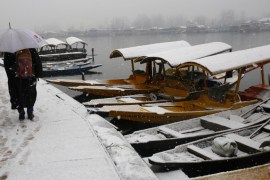