Islamabad, Pakistan – Pakistani Prime Minister Imran Khan has appealed for calm after far-right protesters blocked roads in several major cities following the Supreme Court’s acquittal of a Christian woman who had been sentenced to death on blasphemy charges.

Aasia Bibi, 53, who has been death row for eight years, was acquitted by the country’s top court on Wednesday morning.

Bibi’s case had become emblematic of fair trial concerns in cases Pakistan’s strict blasphemy laws, and on Wednesday judges found there had been “glaring and stark” contradictions in the prosecution’s case against her.

The announcement of the verdict prompted thousands to protest across the country, rallied by the far-right Tehreek-e-Labbaik Pakistan (TLP) political party and religious organisation.

The TLP, headed by Khadim Hussain Rizvi, has campaigned on the issue of blasphemy for years and has been calling for Bibi to be executed since its inception.

On Wednesday, TLP leader Afzal Qadri called for the three Supreme Court judges who heard Bibi’s appeal to be killed.

“[The judges] who have ordered the release of the accused Aasia are all liable to be killed under religious edict,” said Qadri at a protest in the eastern city of Lahore.

In a televised address to the nation, Prime Minister Khan rebuked the TLP for taking the law into their own hands, accusing them of stirring up religious sentiments for political gain.

“I say to these people: do not confront this state … do not damage this country for your vote bank,” said Khan.

Blasphemy against Islam and its Prophet is a sensitive subject in Pakistan, where the crime can carry a compulsory death sentence.

At least 74 people have been killed in violence related to blasphemy allegations since 1990, according to an Al Jazeera tally. Those killed include a provincial governor and a federal minister who stood up for Bibi when she was first accused in 2009.

There are still roughly 40 other people on death row, or serving life sentences for blasphemy in Pakistan, according to the US Commission on International Religious Freedom (USCIRF).

While the largest protest was held outside government buildings in Lahore, hundreds of TLP supporters also gathered to block major roads in the southern city of Karachi, the capital Islamabad and smaller towns in Punjab province.

In Islamabad, hundreds of protesters gathered to block the main Faizabad highway interchange, a key entry point into the city.

“We must take revenge for this verdict,” said Malik Bashir Awan, father of Mumtaz Qadri, the man who assassinated Punjab Governor Salman Taseer in 2010 over his support for Bibi.

His words were met with loud cheers, and chants for those who commit blasphemy to be beheaded.

Earlier on Wednesday, rights activists hailed the decision to acquit Bibi, who has protested her innocence since her arrest in 2009.

Bibi, a native of the central village of Ithan Wali, was initially accused of having committed blasphemy following an argument with two Muslim women, who objected to her use of the same water vessel as them due to her religion.

She was convicted and sentenced to death by a trial court in November 2010, with the Lahore High Court upholding her conviction four years later.

On Wednesday, however, the Supreme Court said that parts of the prosecution’s case were “nothing short of concoction”.

“[There is] the irresistible and unfortunate impression that all those concerned in the case with providing evidence and conducting investigation had taken upon themselves not to speak the truth or at least not to divulge the whole truth,” wrote Justice Asif Khosa in the detailed verdict.

The court ordered Bibi’s immediate release from custody, where she has been kept in solitary confinement for years due to death threats. Her family, who have lived in hiding for years due to the security threats, were not present in the courtroom.

The prosecution lawyers said they would read through the detailed judgment before deciding whether to exercise their right to file a review petition against the acquittal.

Despite PM Khan’s warning, many protesters remained out on the streets protesting the verdict on Wednesday night.

“The most important thing in the universe is the honour of the Prophet Muhammed … everything else is secondary to this,” said Muhammad Zaman, 30, a government employee who joined the TLP’s blockade of a major motorway into Islamabad.

“In this country, Islamic law must be considered to be above the constitution and other laws.” 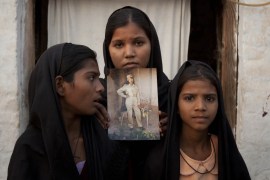 Court frees Aasia Bibi – on death row for nine years – in a case that has become emblematic of fair trial concerns. 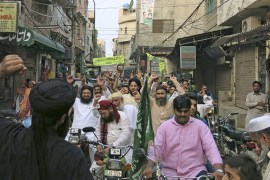 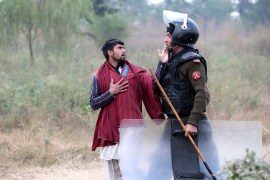 The protests had erupted after the Pakistani parliament approved an amendment to the electoral law on October 2.