India’s government removed the head of the country’s top investigating agency and his deputy in a pre-dawn raid on Wednesday – a move opposition parties and constitutional experts said amounted to “misuse of power”.

Director of the Central Bureau of Investigation (CBI), Alok Verma, and Special Director Rakesh Asthana were asked to go on leave after the agency filed a corruption case against Asthana.

A feud between the two men has been simmering since before Asthana, who is allegedly close to Prime Minister Narendra Modi, was promoted to the agency’s second-highest post last year.

Verma has challenged the government move in the Supreme Court, which will hear the case on Friday.

The CBI is armed with a mandate to investigate corruption and all major crimes in the country.

Opposition politicians have questioned the government on the removal of Verma.

What are the reasons for sending CBI director on leave? Under which law did the Modi govt get the authority to initiate action against the chief of an investigating agency appointed as per the Lokpal Act ? What is Modi govt trying to hide ?

Since Wednesday morning, the overthrown chiefs’ offices at CBI headquarters in New Delhi have been searched and sealed. A dozen officers probing Deputy Chief Asthana have been shunted out to different departments away from the capital.

On Monday, the CBI arrested an investigating officer and conducted searches at its own headquarters as part of their probe against Asthana in a bribery case related to Hyderabad-based meat exporter Moin Qureshi.

Critics say Prime Minister Modi is trying to save an allegedly “corrupt” officer, Asthana, who worked under him when the current Indian prime minister headed the government in Gujarat state.

The government wants the independent investigative agency to dance to their tunes. We will not let this happen

Asthana had headed a probe into the 2002 Gujarat train fire and wrote a report exonerating Modi of all charges of wrongdoing in the religious violence that ensued.

The government appointed an interim officer as chief of the CBI on Wednesday.

“They don’t have any authority to do this. If you leave the powers to sack the top officer of the CBI to the government, it’s a mockery of the whole institution. This is being done to protect the graft-accused officer Asthana, a blue-eyed boy of the prime minister,” Prashant Bhushan, Supreme Court lawyer, told Al Jazeera.

“The government is apprehensive of the complaint that lies before the CBI chief to investigate the Rafale deal signed by the government,” he added.

The opposition has accused the Modi government of corruption in a multibillion-dollar deal to buy Rafale warplanes from France’s Dassault Aviation. The government has denied any wrongdoing.

The government has defended the CBI move, saying they have acted to uphold the “integrity” of the premier institution.

“The maintenance of the CBI’s institutional integrity is a pre-condition for fair probes. A strange and disappointing situation has arisen here which is that the chief and the deputy chief have levelled allegations against each other. Who will probe this?” India’s Finance Minister Arun Jaitley said in a press conference in New Delhi.

“The requirements of fair play have to be there. The government can not probe this. The Central Vigilance Commission had recommended that as an interim measure both the top officers will go on leave. An independent SIT [special investigation team] will investigate. If they are innocent, they will come back,” he added.

The new crisis has brought back the spotlight on the role of the CBI and its relationship with the government of the day in the world’s largest democracy.

“This move by the government is clearly mala fide. The government is trying to take shelter under the recommendation of the Central Vigilance Commission [top anti-corruption body]. But only an appointing authority can remove the top officer,” Dushyant Dave, legal expert and senior Supreme Court lawyer told Al Jazeera.

“What the government has done is a dark chapter for Indian bureaucracy and its police forces. I have no doubt that on Friday the Supreme Court will examine the ousted officer’s plea objectively,” he said.

Analysts say the Modi government is destroying the “independence” and credibility of the country’s major institutions like the CBI, the Election Commission and even the judiciary.

“They have destroyed the CBI. Earlier they said the CBI is a ‘caged parrot’, now this government has made it a “hound ” to harass political opponents. Similar scenes unfolding at other leading institutions that are the foundation of this country,” lawyer Bhushan said.

In January this year, four senior judges of the Supreme Court held an extraordinary press conference lashing out at the then-chief justice. They said democracy may not survive because of the way the court was being run.

The tenure of the CBI chief is protected by law to avoid political sacking during high-profile probes and it remains to be seen how the top court will respond to the government’s move.

The opposition has laid the blame for the crisis at the doors of the government. The BJP’s main rival Congress party called it a “can of worms” and “a sordid state of affairs constitutionally and legally”.

“This is a direct assault by the government on the integrity of the CBI. The chief of this body was appointed by a collegium consisting of the chief justice, prime minister and leader of the opposition. Only they have the power to act here,” former Congress Minister and Member of Parliament Veerappa Moily told Al Jazeera.

“They are flouting all rules brazenly, clearly misusing their power. The government wants the independent investigative agency to dance to their tunes. We will not let this happen,” he added.

However, the crisis around the “integrity” of the premier federal body is not new.

The previous Congress-led government was also castigated by the top court in 2013 for allegedly interfering in a corruption case probe.

Former Supreme Court judge RM Lodha had earlier denounced the CBI as a “caged parrot” and “its master’s voice”.

For years, India’s opposition has alleged that the party in power uses the top investigating agency to cover up wrongdoing and target political opponents.

Anti-corruption campaigners have long argued that political interference in the CBI reinforces the importance of an independent anti-corruption body. 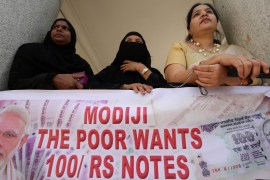 Discontent brews in India over Modi rule ahead of 2019 elections

People in India’s political heartland say they have been let down by Modi’s government despite high economic growth. 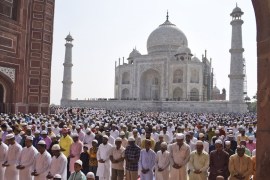 ‘Anti-Muslim bigotry has been normalised under Modi’

Al Jazeera speaks to Neyaz Farooquee on his book, An Ordinary Man’s Guide to Radicalism: Growing up Muslim in India.