Torrential downpours caused extensive flooding across Qatar on Saturday with lengthy thunderstorms bringing parts of the Gulf state to a standstill.

According to the Civil Aviation Authority, the suburb of Abu Hamor in the capital Doha, recorded 84mm of rain in less than 6 hours, making it the nation’s wettest October day on record.

At one stage, as much as 61mm of rain was reported in only 70 minutes. Inevitably there has been widespread disruption and roads quickly flooded.

Shops were closed as leaks began to appear and many government buildings along with schools and colleges were ordered to remain closed into the new working week.

Flights were also affected, with some being diverted to Kuwait or Iran.

The waters have now receded in many places but more storms are expected on Sunday afternoon. They are not likely to be as heavy or prolonged but could cause further problems.

We could also see a few more showers on Monday before we get a return to the hot dry weather more usually associated with the region. 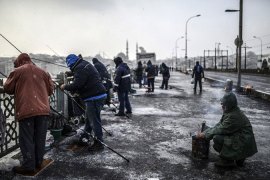 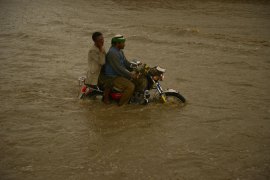 Sandstorms and flooding have stretched from Iraq to Yemen.