A Qatari human rights group is demanding Saudi Arabia disclose the whereabouts of four Qatari citizens who were forcibly disappeared in the neighbouring kingdom in separate cases since May last year.

The Doha-based National Human Rights Committee (NHRC) issued a statement on Sunday, saying it is holding the Saudi government responsible for the fate for the missing nationals, added it had “grave concerns” about the four.

“What the Saudi authorities are doing towards Qatari nationals is shameful and inhumane,” he said. “It will leave a major psychological mark on future generations,” he added.

The NHRC has also contacted the office of the UN High Commissioner for Human Rights, urging it to intervene to secure the release of the Qataris.

Among those who disappeared are Talal Nawaf al-Rashid, 29, and Mohsen Saleh al-Korbi, 63. The men entered Saudi Arabia last April and May respectively and have not been heard from since.

Al-Rashid, who is a dual Qatari-Saudi citizen, was arrested in Kuwait after he was invited by a local poet and later extradited to Saudi Arabia. He hails from the al-Rashid family that ruled the emirate of Ha’il in today’s central Saudi Arabia before the al-Saud clan, the current rulers of Saudi Arabia, deposed them.

Qatari human rights officials said it was unclear why al-Rashid was arrested and extradited.

Al-Korbi, who suffers from several chronic illnesses, was on his way to visit relatives in Yemen when he was arrested by Saudi forces at the border crossing between Yemen and Oman.

The names of the two other disappeared Qataris have not been released to the public. One of them disappeared in Saudi Arabia this year, the other last year.

Al Jazeera was unable to reach Saudi officials for comment.

Abdullah al-Athbah, editor in chief of Qatari newspaper Al-Arab, told Al Jazeera that Saudi Arabia’s objective behind holding the Qataris was to “spite Qatar” and “tarnish its reputation by accusing its citizens of being terrorists”.

On June 5, 2017, Saudi Arabia, the UAE, Bahrain and Egypt cut political and economic ties with Qatar, and imposed a sea, land, and air blockade on the country, accusing it of supporting “extremists” in the region. Qatar strongly denied the allegation.

The disappearance of Saudi journalist Jamal Khashoggi nearly two weeks ago inside the Saudi consulate in Istanbul has heightened the sense of urgency among Qatari officials demanding to know the fate of the missing four.

Khashoggi went inside the Saudi consulate on October 2 to obtain legal documents but was never seen leaving the building.

Qatari journalist Majed al-Khelaifi said he was “worried” over the fate of the disappeared Qataris in light of Khashoggi’s case, saying the journalist’s disappearance was a “dark reminder” of what could have happened to the Qatari nationals. 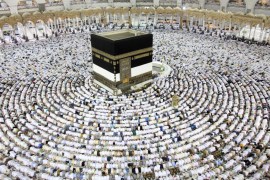 Qataris allege they were prevented from performing the Umrah pilgrimage by Saudi authorities. 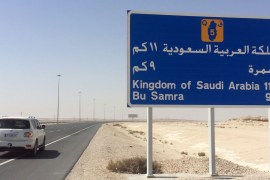