Istanbul, Turkey – Turkey has accepted Saudi Arabia’s proposal to form a joint working group to investigate the case of Saudi journalist Jamal Khashoggi, who vanished after entering his country’s Istanbul consulate over a week ago.

“In the context of the cooperation between Turkey and Saudi Arabia, as a result of an offer from Saudi Arabia, we have decided to form a working group in order to enlighten all aspects of the Saudi journalist Jamal Khashoggi incident,” Presidential Spokesperson Ibrahim Kalin told Anadolu Agency on Thursday.

The announcement of the working group is a new development in terms of cooperation between the two countries after Turkey’s foreign ministry said on Tuesday that Saudi authorities would allow them to enter and search the consulate premises.

However, the sides have been negotiating the nature of the visit, which is still pending, according to reports.

Khashoggi, a Washington Post contributor and critic of Saudi Crown Prince Mohammad bin Salman’s policies, entered Saudi Arabia’s consulate in Istanbul on October 2 to obtain necessary official documents ahead of his marriage to his Turkish fiancee.

Turkish officials said police believed the Saudi journalist was killed by a team specially sent to Istanbul – a claim denied by Saudi authorities.

Local media on Wednesday published the identities of what it said was a 15-member squad of Saudi officers allegedly involved in the disappearance of Khashoggi, along with CCTV footage from the time they spent in Turkey.

The footage included visuals from Istanbul’s Ataturk Airport while they were entering and leaving the country, as well as ones showing them checking in and out of a hotel close to the consulate building.

US-based Human Rights Watch (HRW) said on Thursday that bin Salman should immediately release all evidence and information Saudi Arabia holds regarding the status of Khashoggi.

“Given that Saudi Arabia will not provide any evidence about Khashoggi’s movements in and out of the consulate, they cannot be trusted to conduct a genuine – far less effective – investigation,” Whitson said.

Khashoggi left Saudi Arabia last year, saying he feared retribution for his criticism of Riyadh over the Yemen war and its crackdown on dissent and royal family members.

The United Nations, the United States and some members of the European Union have all called for a thorough investigation and explanation over the fate of the Saudi writer, as international pressure grows on the Riyadh. 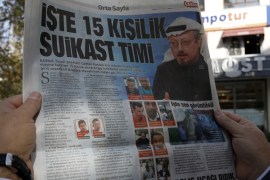 The New York Times reports the dissident Saudi journalist was murdered inside the Saudi consulate in Istanbul. 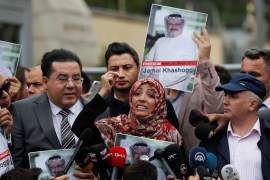 Activists say far from silencing Khashoggi, Saudi authorities have turned him into an ‘icon for press freedom’. 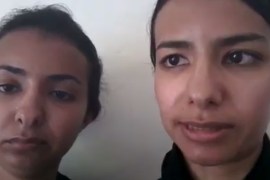