With huge amounts of dust in the atmosphere, the sunsets in California are currently spectacular.

However, the pollution is so bad in some locations the air-quality index was classed as “unhealthy” by the US Environmental Protection Agency, meaning “everyone may experience more serious health impacts”.

Parts of California, Oregon and Nevada are all enduring dangerous levels of air pollution, all because of the wildfires raging out of control in the region.

This year, the western US state has already been scarred by its most destructive July wildfire on record, the Carr fire, which destroyed more than 900 structures and killed at least six people.

California has also seen the largest fire in the state’s history, the Mendocino Complex fire, which has burned more than 1,200sq kilometres.

Happening so early in the summer, the fire is particularly alarming. Traditionally the most destructive wildfires burn later in the dry season, from September onwards.

However, this early wildfires activity is something that residents of California may have to get used to in the coming years, given the changes that are being seen in the state.

In May, the California Environmental Protection Agency and the Office of Environmental Health Hazard Assessment released a report stating California was already feeling significant effects of climate change.

A reduction in rainfall. California is becoming drier with unprecedented dry years in 2014 and 2015. The recent drought from 2012-16 was the most extreme since records began in 1895.

A decrease in snowmelt. The amount of precipitation that falls as rain (rather than snow) has increased, meaning less snowmelt is available during the summer to meet the state’s water needs.

These trends have continued this year.

July 2018 was California’s hottest month in 124 years of record-keeping, according to the US atmospheric agency, NOAA. Its average for July of 26.5C was 0.1C above the state’s previous hottest month on record, July 1931.

And Death Valley recorded an astounding monthly average in July of 42.3C. This is the highest monthly average known to have been reliably measured at any station in the world.

As the climate continues to change, there has also been a change in the population.

In Redding, for example, the population skyrocketed from 17,000 in 1970 to about 90,000 today. This is an important change as it takes just one accident or careless incident to ignite a fire. The Carr fire, for example, was believed to have started when a vehicle experienced mechanical failure.

The change of climate, combined with an increasing population, is bound to cause an increase in the number and severity of wildfires.

There is one piece of good news on the horizon, however, and that is that El Nino is forecast to develop in the winter.

El Nino is the slight warming of the waters of the tropical Pacific Ocean, and is known to affect the climate in many different parts of the world. One of its impacts is to increase the amount of rain in the southwest of the United States.

An increase in rainfall and an increase in humidity could potentially allow there to be a decrease in the number of wildfires that burn in 2019 – at least for one year. 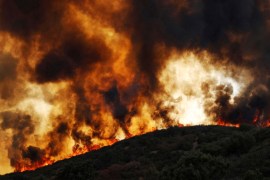 Blazes have burned 114,800 hectares of land so far with weeks to go in the hot-and-dry summer season. 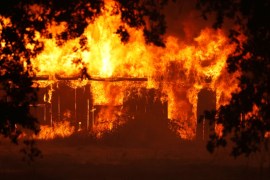 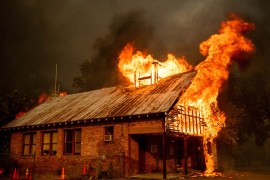 Two children and their great-grandmother among the six killed as a wildfire rages in northern California.