An English mother of three has died after being exposed to the nerve agent Novichok in the UK town of Amesbury last Saturday.

Police will launch a murder investigation into the death of Dawn Sturgess, 44, who passed away on Sunday after over a week in intensive-care in a Salisbury hospital.

Her partner Charlie Rowley, 45, who was exposed to the nerve agent with Sturgess on June 30 remains critically ill in hospital.

Police say it was the same agent used to poison former Russian spy Sergei Skripal and his daughter, Yulia in Salisbury four months ago, both of whom have since recovered and left hospital.

“This is shocking and tragic news. Dawn leaves behind her family, including three children, and our thoughts and prayers are with them at this extremely difficult time,” head of UK counter-terrorism policing Neil Basu told reporters.

Tributes have flowed on social media, where Facebook friend Martin Bond described Sturgess as “a mother of a beautiful daughter & a Good (sic) person”.

A representative from Salisbury district hospital said staff “worked tirelessly to save Dawn. They did everything they could.”

Police had said the latest poisoning was unlikely to be deliberate, and that Sturgess and Rowley were probably accidentally exposed to contaminated material.

However, British PM Theresa May said she was nonetheless “appalled and shocked” at the death, and that officials were “working urgently to establish the facts” as CCTV footage emerged of Sturgess shopping just hours before the incident.

Police confirmed a post-mortem would be conducted to confirm Sturgess’ cause of death, as investigations continue into the poisoning of former Russian agent Skripal and his daughter in March.

“We are not in a position to say whether the nerve agent was from the same batch that the Skripals were exposed to,” police said in a statement.

“The possibility that the two investigations might be linked is clearly a key line of inquiry for police. However, it is important that the investigation is led by the evidence available and the facts alone.”

About 100 detectives led by the UK counterterrorism police alongside the Wiltshire police are involved in the investigation.

“This terrible news has only served to strengthen our resolve to identify and bring to justice the person or persons responsible for what I can only describe as an outrageous, reckless and barbaric act,” Basu said.

The second Novichok-related incident has prompted fresh inflammatory rhetoric between the UK and Russia in recent days.

UK Interior Minister Sajid Javid said on Thursday “it is unacceptable for our people to be deliberate or accidental targets” adding that he expects “further disinformation from the Kremlin” on the latest nerve agent attack.

“Eyes are on Russia because of the World Cup,” he told parliament. “It is time for the Russian state to explain what has gone on”.

Russian officials have yet to comment on the death, but had previously accused the British government of trying to “muddy the waters” and “frighten its own citizens” in the wake of the second poisoning.

However, Javid confirmed the UK had no plans to impose fresh sanctions on Russia. 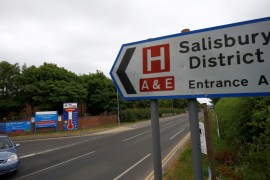 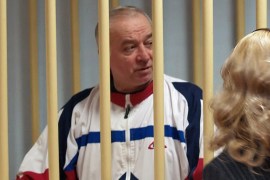 British police say substance used has been identified but will not be communicated to public at this stage.