The Antarctic ice sheets are melting many times faster than previously thought, significantly increasing the rise of global sea levels in recent years, according to a new research by a group of US and UK scientists.

The research, which looked at satellite data from 1992 to 2017, said the increase had been especially steep since 2012. Until then, melting Antarctic ice contributed 0.2mm to the rise of the global sea levels annually.

During the same period, the loss of ice for the Antarctic Peninsula went up from seven to 33 billion tonnes annually.

According to the researchers, the only area in which ice increased was East Antarctica, but the five billion tonnes added annually to that ice sheet was not enough to offset the significant loss in other areas of the continent.

Between 1992 and 2017, a total of 2.7 trillion tonnes of Antarctic ice melted, amounting to a rise of global sea levels by about 7.5mm just from Antarctic ice alone.

The research took data from satellites that have been flying over the Antarctic region for 25 years.

The satellites measure the height of the ice sheets and the speed at which they move towards the sea, which allows scientists to deduce the total amount of ice.

In April, a team of UK researchers released a report saying that underwater glaciers in Antarctica are melting at an “alarming rate”.

According to that study, 1,463sq km of ice melted between 2010 and 2016, an area slightly smaller than Greater London.

The study found that more than 10 percent – more than 25m – per year of Antarctica’s coastal glacier is currently retreating.

Antarctica is one of the world’s fastest-warming regions.

Rising sea levels pose a major threat to ecosystems, coastal areas and climate as a whole.

Changing water temperatures could not only cause disasters such as hurricanes and typhoons but will also have an effect on sea life in the decades to come. 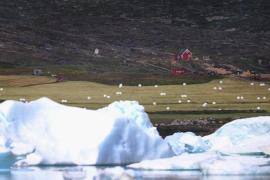 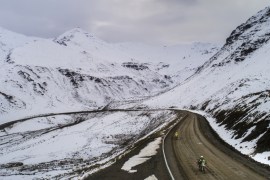 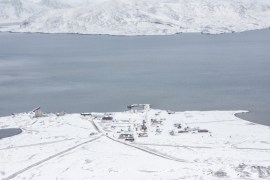 Scientists say massive melting of polar ice has affected the distribution of the planet’s weight.