The first torrential rain of the summer monsoon has fallen in southern Bangladesh.

About 230mm of rain has fallen in Cox’s Bazar in the last 24 hours, a location that is home to an estimated 702,160 Rohingya refugees who have been driven from Myanmar’s Rakhine state since August 2017.

The Inter Sector Coordination Group (ISCG) warns that the refugees live in congested sites that are ill-equipped to handle the monsoon and cyclone seasons, with alarmingly limited options for evacuation.

Emergency measures have been initiated: Major waterways have been dredged to allow the monsoon rains to drain through the camps; 28,000 refugees have been relocated to remove them from the most vulnerable locations and tens of thousands of shelters have been strengthened to protect against the rain.

However, the ISCG cautions that even those shelters that have been strengthened are not able to withstand high winds. This could be a major issue if a tropical cyclone were to strike the region.

Even if a cyclone does not hit Bangladesh this year, the torrential rains brought by the monsoon could still cause major problems.

The summer rains affect Bangladesh from June to August, and the country’s Meteorological Department is warning of particularly heavy rains falling over the next few days, bringing a heightened risk of landslides. 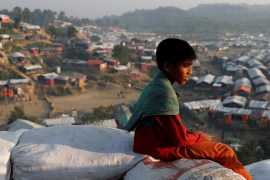 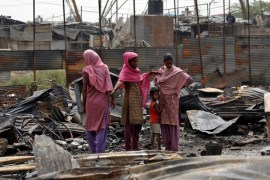 Myanmar and UN agree on steps for Rohingya repatriation

The agreement calls for a framework of cooperation that will lead to the ‘voluntary’ and ‘safe’ return of refugees. 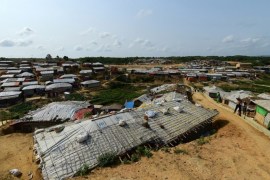 Huge amounts of rain have already fallen on parts of Myanmar as an area of low pressure develops in the Bay of Bengal.